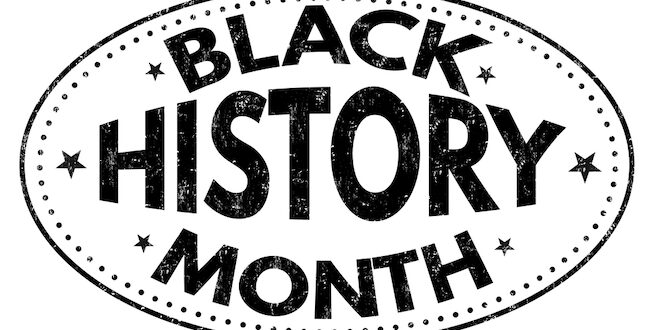 After a year that brought racial injustice in the United States to the forefront, Black History Month 2021 brings with it a call for continual anti-racist education that faith leaders say should not be left in 2020 nor left in the month of February.

At Bethel AME, their new pastor, Benjamin Watson, is spending this month reclaiming Blackness in the Bible as well as throughout U.S. history.

“This whole month we will basically be dealing with… those ancestors of ours that really paved the way for us to be where we are today,” Watson said.

Watson spoke about the importance of recognizing that without the creativity of Black folks in U.S. history, the country would not have been able to arrive at where it is today.

“What I think that America has been guilty of, and when they’re wanting to help us — like ya know when all of this is going out and they’re coming to the realization that ‘OK, this thing is more deeply rooted than what we imagined,’ — that we, people of color, we already knew how deep it was and is,” he said.

Watson urged his “European counterparts” to get involved with an organization they can learn from in order to combat racial injustice in our community. It is important “to join an organization where [white folks] can learn from and not be guilty of coming in wanting to help, but telling us how you’re gonna help, instead of asking us ‘how can we be of help?’ and then hear us when we express it,” he said.

Black History Month offers a surplus of resources for those looking to learn more about Black history as well as to get involved in efforts to establish racial justice.

The Martin Luther King (MLK) Program at WSU is hosting a number of racial-justice themed educational events throughout the spring semester. The series will include panel discussions about Black mens’ experience, a virtual talk from Ibram X. Kendi, author of “How to be an Anti-Racist,” and several game nights. The series also has several evenings where scholars will be facilitating discussions surrounding Black culture in the U.S., such as “Hip-Hop: Beyond Beats & Rhymes,” a discussion facilitated by Dr. Stephen Bischoff on Feb. 24. Click here to learn more about educational opportunities offered by WSU this spring.

Gonzaga’s Black Student Union will be hosting their annual celebration, “The Essence of Our Blackness” on February 20 at 5 p.m. over Zoom. Those interested in joining must spend at least $10 at a Black owned business in Spokane and upload the receipt to the Google form with this QR code.

The Spokane chapter of the NAACP is celebrating Black History Month by featuring Inland Northwest Black honorees on their social media once daily, showcasing Black excellence in the community. Additionally, on Feb. 25 at 4 p.m., the Spokane City Council will host an event featuring NAACP President Kiantha Duncan, City Council Member Betsy Wilkerson, and Dr. Shari Clarke from EWU titled “I’m Every Woman: Black Women in Leadership.” The event will be livestreamed on Facebook, as well as CityCable5.

Catholic Priest and Professor at Fordham University, Rev. Bryan Massingale gives six pieces of advice to readers in his article “The Assumptions of White Privilege and what we can can do about it,” published by the National Catholic Reporter.

First, one must “understand the difference between being uncomfortable and being threatened,” second “sit in the discomfort this hard truth brings,” Massingale says.

Let the discomfort move you to action, his third step is to “admit your ignorance and do something about it.” Fourth, “have the courage to confront your family and friends” he writes.

His fifth piece of advice is to be “unconditionally pro-life,” echoing the teachings of St. Pope John Paul II who summoned Catholics to “‘eradicate every form of racism’ as part of their wholehearted and essential commitment to life.”

Finally, Massingale tells his readers to pray. “Yes, racism is a political issue and social divide. But at its deepest level, racism is a soul sickness,” he writes.

People of faith must continue, or begin, the hard work of having conversations about racial justice. Black History month is a time to honor the history of Blackness in the United States, but honoring Blackness does not end on Feb. 28. The work of dismantling racism is slow, but necessary.

“What it’s gonna take [to end systemic racism] is individuals like you and me, talking like we are right now, and even though you may not agree, or see it my way, that’s okay but at least you’re hearing me. And then, maybe something I said you’re like ‘wow, i did not even think about that’ and you’ll begin to research and then, maybe if you still don’t agree with me, you can respect my perspective,” Watson said.

Your support helps pay our journalists.

Previous In All Activities, Be In Conscious Inner Harmony
Next Persecutions Continue. They Never Stop.