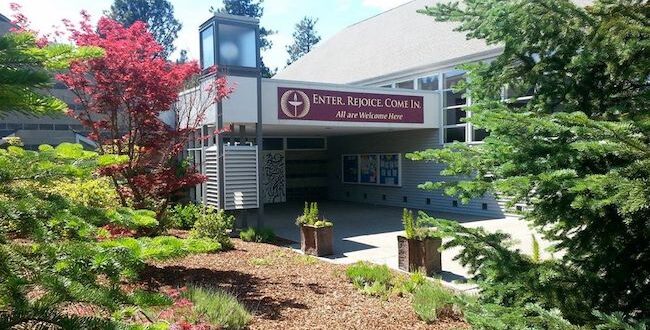 On Thursday Rev. Todd Eklof, minister of the Unitarian Universalist Church of Spokane, announced that the church would temporarily close down as a precautionary measure.

“Due to what is being described by the CDC as a global pandemic and its call for us to help slow its spread, it now seems prudent for us to cancel our Sunday services and all other events in our building for at least the next three weeks,” Ekof wrote in a message to his congregation.

The Unitarian Universalist Association is requiring staff in its Boston office to work from home and is, “encouraging congregations and groups in areas with COVID-19 outbreaks to suspend in-person gatherings of more than 25 people.”

In a statement to SpokaneFāVS Rev. Scott Starbuck of Manito Presbyterian said, “We are trying to figure out how to be the church while practicing socially distancing as a community service. This weekend we will beta-test a new form of worship We will be sending out email links to worship centered at home prepared according to our previous worship plans as well as creating a “buddy system” to remain connected on a weekly/daily basis.”

He said the church will evaluate the situation weekly.

“We anticipate that will present new and wonderful opportunities to engage active ministry in Christ in new forms, and we make this decision not out of fear but out of community responsibility,” Starbuck said.

There are three LDS temples in Washington State, including one in Spokane. On Thursday church headquarters  suspending public gatherings of church members worldwide until further notice.

Other faith communities throughout Spokane have indicated they are monitoring the situation and are considering suspending worship services in the near future.

As of 5:30 a.m. March 13, no COVID-19 cases had been confirmed in Spokane, though city officials said the virus is likely already in the city.

[…] Other churches throughout Spokane have also moved online, including Manito Presbyterian Church, the Unitarian Universalist Church of Spokane and all Latter-day Saint stakes. […]