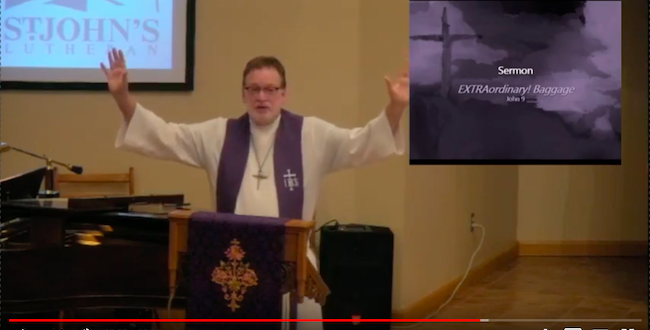 What struck the Rev. Darrin Connall during Mass this week was the silence.

Our Lady of Lourdes Cathedral is normally about 90 percent full, Connall said, and about half of his parishioners are children.

Churches that have never provided online replacements for Sunday services are preparing for Easter online or postponing their celebrations all together, due to orders from Gov. Jay Inslee that restricts gatherings to less than 10 people.

Saint John’s Lutheran Church is providing virtual services on YouTube, Rev. Bill Hartley said. He’s also making visits to those who want them. But he believes it’s impossible to experience the kind of connection God wants through print or online, and Facebook can’t replace community in church.

His will be one of many churches waiting to celebrate Easter until the ban on gatherings lifts.

Derrick Parker, director of music at First Presbyterian Church of Spokane, said they have been live streaming services and will likely live stream an Easter service. Just before his first live streamed service, he looked at the huge, empty church, which normally seats 300 people along with a full band at 9 a.m., and another 200 plus a full choir with bells and trumpets at 10 a.m.

But when he sat down to play piano and sing with just one other vocalist for the live streamed service, he was surprised.

For Quakers, there are no really special days. Even the Spokane Friends Quaker meeting time on Sundays arose from convenience, said Lois Kieffaber. But on a normal Easter Sunday, local Quakers would hear from a speaker and attend a big breakfast to celebrate anyway.

As most local Quakers are seniors, Spokane Friends canceled meetings before Gov. Inslee’s order to protect their friends. Kieffaber said she’s been attending an online quaker meeting based in California, which offers a chatroom.

“I wouldn’t have believed that you could feel in community,” Kieffaber said. “But I did recognize it in the chatroom.”

But for Connal’s parishioners, skipping an Easter Mass will mean postponing Initiation. People who have been waiting to become Catholics through baptism, confirmation and receiving the Eucharist will have to keep waiting.

And every Sunday, missing the Eucharist leaves a nagging longing, Connall said. Catholics believe the sacrament is not bread and wine and truly becomes the body and blood of Christ, he said.

“Taking that away isn’t just an inconvenience,” Connall said. “It goes to the fiber of who we are.”

Normally, Holy Saturday is the only day Catholics do not have the ability to receive the Eucharist, said Mitchell Palmquist, executive director of the Office of Communications for the Diocese of Spokane.

Holy Saturday is a day to mourn Christ, and Easter Sunday celebrates the resurrection. Until congregations can meet in person again, Palmquist said this whole time will be like an extended Holy Saturday.

For Hartley, the importance of the sacrament swayed the decision to postpone Easter. Though Lutherans don’t believe wine becomes blood, he said they believe God’s presence enters the room. For now, he’s offering the Eucharist on his visits.

“There’s no technology for the sacrament yet,” Hartley said. “No 3D printers where we can fax food to people.”

Hartley worries for the public. Many people have rejected God, he said, and this rejection leaves them with no hope other than medicine. For people who don’t believe in the afterlife, a virus taking people’s lives leaves them hopeless.

“We believe that sin is more damaging than COVID-19,” Hartley said. “So while the world is panicking about a virus that can affect our physical body, the church believes we are all infected with something far greater than that.”

Please consider donating to FāVS so we can provide more local religion coverage like this.

Maggie Quinlan is a senior at WSU and former managing editor of WSU’s student paper. Maggie takes special interest in reporting stories from underrepresented groups, and likes to spend free time writing songs and hiking with her dogs.