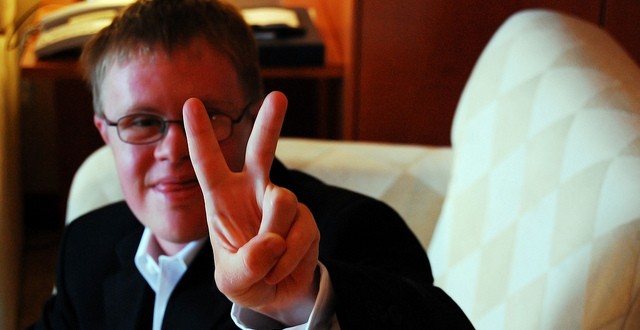 Families with children with Down syndrome, Huntington’s ataxia, Cornelia de Lange Syndrome, Friedreich’s ataxia, Li-Fraumeni Syndrome, Type I Diabetes and other genetic conditions can face tremendous medical, social, and emotional challenges. Some of these families turn to their faith community for support and friendship. There is currently a debate over the relevance of religious or spiritual counseling from health care professionals.

Most respondents also expressed opinions that:

1) Genetic counseling should be about science;

2) Genetic counselors are not qualified to discuss religious and/or spiritual issues;

3) Other outlets are available to meet the needs of patients who want religious and/or spiritual issues counseling;

4) Religious and/or spiritual discussions are more likely to be acceptable if patients broach the topic or in specific circumstances (e.g., when patients are facing end-of life issues); and

5) Genetic counselors would be best equipped to help all their patients if they were prepared to listen, be supportive, and make referrals when religious and/or spiritual issues arise in clinic.

In another study,  283 English and Spanish speaking women receiving prenatal genetic counseling in Houston, Texas. Sixty-seven percent reported that they felt comfortable sharing their faith as it relates to their pregnancy and 93 percent reported using positive religious coping strategies. Less than 25 percent reported a desire for overt religious actions such as prayer or scripture exploration with a genetic counselor. In this study researchers concluded, “Most patients’ desires for spiritual exploration center in the decision making and coping processes that are in line with the genetic counseling scope of practice. Thus, counselors should feel empowered to incorporate spiritual exploration into their patient conversations.”

The researchers don’t address the question of what kind of training the health care professional should have if they explore spirituality with their clients. What happens when the health care client and the health practitioner have very different faith traditions or spiritual values?

The 10 most common genetic conditions in the world include: Cystic Fibrosis, Huntington’s disease, Down Syndrome, Duchenne Muscular Dystrophy, Sickle Cell Anemia, Celiac Disease, Becker Muscular Dystrophy, Noonan Syndrome, Thalassemias, and Bloom’s Syndrome. Some genetic conditions seem to affect a diverse population while others are much more common within cultural or regional communities that are sometimes described as a religious community.

An article in Moment magazine, “Cystic Fibrosis and Spinal Muscular Atrophy, while slightly more prevalent among Jewish Caucasian populations than among other Caucasian populations, are not primarily considered “Jewish diseases.” Recent research also in­dicates Crohns disease, Ulcertative Colitis, and a mutation which increases the chance of developing Parkinson’s disease are all more commonly found in Ashkenazi Jews.”

And not all of these people are seeking guidance from health care professionals. According to a PRNews report, “Genetic diseases affect an estimated 12 million Americans, yet according to a survey of 1,000 people conducted by the Genetic Disease Foundation (GDF), while two-thirds of those surveyed were willing to and saw the benefits of undergoing genetic testing, close to 80 percent had never talked to their physician about genetic screening.”

If you are a spiritual counselor or a religious leader, how prepared are you to counsel families who have just learned about a genetic or inheritable condition in their family? What are the issues for you to consider?

Sometimes the family just needs someone to listen to them as they process through the challenges or changes to their plans for the future. Sometimes they are considering an abortion, not having more children, or how an inherited disease can shorten the life of a child. Some are angry at God for letting this happen to their family or are overwhelmed by the responsibilities of caring for someone with a genetically based condition.

What is your responsibility when a friend, patient, or congregant comes to you for genetic counseling, spiritual counseling, or friendly advice?

And that is how I think of Father’s Day. Mother’s Day, too. Yes, they are manufactured holidays. But they also are a celebration of linear family.