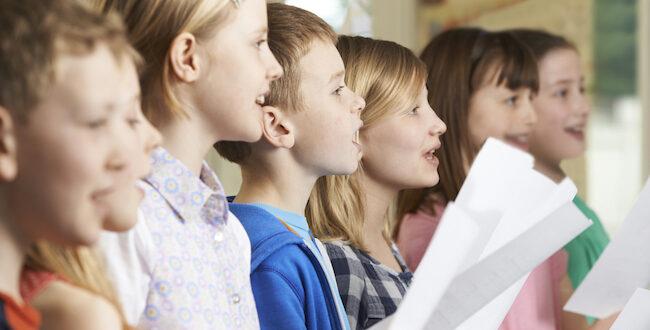 “Have your students construct a Canaanite city. Then have them destroy it.”

There must have been a kit to help carry out this activity. I don’t remember. I just remember these appalling instructions in the Sunday School  teachers’ guide.

I, a college freshman away from home, was trying to sustain my faith Sunday mornings by teaching a class of 5th and 6th graders in a church that bordered my college campus. That Sunday morning, I walked away from those instructions; I did not want to participate in Sunday School spiritual abuse. I also walked away from church, and did not return for many years.

The church I attended growing up and for a short while in college was Missouri Synod Lutheran. This was before fundamentalists took over the denomination. It had a well-regarded theological tradition. So it was not a cult, though all religions have cultish aspects.

The church certainly attended to the Bible. The biblical text upon which the abusive Sunday School activity was based probably came from Joshua, possibly Numbers. Both books call for a holy war against the Canaanites, fellow Semites whom the Israelites invaded and eventually conquered, according to the Bible.

Archeology tells a different story. It appears that the Israelite tribes gradually settled among the Canaanites, and adopted many aspects of their culture. Be that as it may, the Bible casts the indigenous peoples of Canaan as a military and religious threat that the Israelites had to deal with through God-sanctioned military force in order to take possession of their Promised Land and retain ethnic purity.

Millennia later, many Bible-toting English settlers of America saw their new-found -land as their Promised Land, their New Canaan, and the indigenous peoples of America as threatening Canaanites whose villages needed to be destroyed. Thus religious ideology fueled a holocaust.

I am aware that some of the biblical stories of conquest have provided inspiration for oppressed and stigmatized people. The African American spiritual “Joshua Fit the Battle of Jericho” may have given slaves hope that the walls that hemmed them in would, like those of Jericho, come tumbling down.

And there’s the daughter of a friend of mine, stigmatized because she was a severe stutter.  Preparing for her Bat Mitzvah, she found confidence in a holy war passage from Numbers that happened to be her Torah portion. She gleaned from the passage that with courage she could conquer adversity. Her clear reading of the text was inspiring.

Nonetheless, I maintain that to encourage Sunday School kids to think that their physical and spiritual welfare depends on the destruction of a perceived enemy is a form of spiritual abuse. Of course spiritual warfare has long been encouraged in Christianity (among other religions). I’m sure that as a Sunday School kid I sang “Onward Christian soldiers/ marching as to war./With the cross of Jesus/ going on before!” These stirring lyrics might have made me feel like a young crusader for Christ, but who was I supposed to be at war with, and why?

I now belong to an inclusive, progressive church. “Onward Christian Soldiers” is not in our hymnal. But the danger of Sunday School spiritual abuse still lurks. Our kids have learned a song called “I Just Wanna be a Sheep.”  It is probably popular in Vacation Bible Schools and church camps since it’s very cute and accompanied with amusing gestures. After singing  about their desire to be Jesus-following sheep (“Ba,  Ba, Ba, Ba”), the kids proclaim that they don’t want to be a goat…or a hypocrite… or a Pharisee (“’Cause they’re not fair, you see”)…or a Sadducee (“’Cause they’re so sad, you see”).

The afterlife-denying Sadducees and especially the law-focused Pharisees are often foils for the Jesus of the gospels. But as Amy-Jill Levine points out in “Quit Picking on the Pharisees” (Sojourners March 2015), rabbinical Judaism emerged from this devout group; Levine reminds us that Jesus was a Jewish rabbi.  In causing kids to look down on the Pharisees, we run the risk of fostering Anti-Semitism and distain for the Judeo-Christian tradition.

I have gently objected to the singing of “I Just Wanna be a Sheep” but so far to no avail. Perhaps the song is just too much fun; perhaps I’m getting too worked up over silly lyrics. But words can stick in our memories and shape or misshape our souls.  For the well-being of our souls and our society, we should not perpetuate spiritual abuse. We should help develop open hearts.

Previous Courageous Conversations to Discern Healthy and Unhealthy Expressions of Spirituality
Next Orthodox Church’s top patriarch to visit US, meet with Biden