Grizzly bear expert Jeff Gailus will be the guest lecturer on Feb. 22 for the Environmental Studies Speaker Series at Gonzaga University.

The Canadian conservation author will read from his book “The Grizzly Manifesto” and discuss the future of the animals in the United States and Canada. 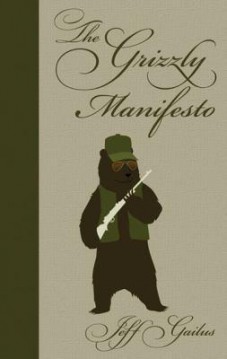 “If you care about wild bears and wild lands, read this book,” said Sid Marty, a recent recipient of the Grant MacEwan Literary Arts Awardand one of Canada's most celebrated environmental writers. “The Grizzly Manifesto” was among five finalists for the 2010 Alberta Readers' Choice Award.

The free event is open to the public and is titled, “A Grizzly Tale of Two Countries: Grizzly Bear Management and Recovery across the Medicine Line.”

It will be at 7 p.m. in Jepson Center's Wolff Auditorium at Gonzaga. Gailus has developed an unparalleled knowledge of grizzlies from following them from Yellowstone National Park through the Canadian Rockies to theMuskwa-Kechika Management Area (pronouncedmusk-quah-ke-chee-kah). He has spent hundreds of hours researching grizzlies and guiding people through their habitat.

Gailus has taught writing at both the University of Oregon and the University of Montana, where he completed a master's degree in environmental studies. He lives in Montana where he teaches university field courses for the Wild Rockies Field Institute and Wildlands Studies.

He is finishing his next book, “Little Black Lies: The Global War on Truth in the Battle for the Tar Sands,” which is slated to be published in the fall. A related piece “The Most Dangerous Game” can be read online.