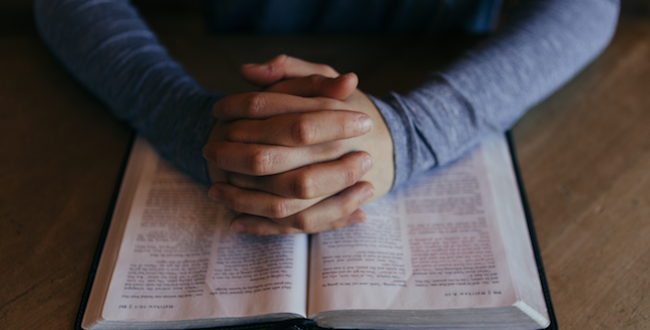 Soulless Nation, turn to the Bible

All over America, people are in despair, hopeless and hurting. Racism, homophobia, Islamophobia, and bigotry in all its nasty forms is on the rise. Right here in Spokane, we’ve already had incidents of racism and anti-Semitism.  People are asking themselves how this happened, well, it happened because we have abandoned God and tried to fix things on our own.

If you want to know how to fix our nation’s problems, you can find the solution in the Bible. Y’all remember what a Bible is, right? That leather-bound book gathering dust on your bookshelf? If it’s been a while since you read it, you might want to wipe that dust off now and break it open.

In the New Testament book of Colossians, (that’s near the back of the book, in case you didn’t know) the Apostle Paul, in writing to a group of Christians in the city of Colossae, speaks directly to our current situation. I’m serious, go get a Bible and bust it open.

Right off the bat, in chapter 1, verse 9, Paul prays for the people to, “be filled with the knowledge of God’s will, with all wisdom and spiritual understanding.” That’s the first step: acknowledge that there is a God and you are not it! If you want to know how to live in peace with your neighbors, turn to God for wisdom. Verse 13 explains how, “God rescued us from the control of darkness and transferred us into the kingdom of the Son he loves.” God did that by, “setting us free through the Son and forgiving our sins.” Until we each individually repent of our base, sinful, prideful, selfish behavior, we are stuck living in hatred and anger toward everyone else. Jesus taught us how to forgive each other by being our example. Jesus set aside his own power and personal needs, and while he was hanging on a Roman cross, perhaps the cruelest form of torture ever devised, while he was hanging there, he forgave the ones who were torturing him. He didn’t wait till they said sorry, he didn’t forgive them so he could “move on with his life,” he forgave them while they were hurting him! We must forgive each other, or this hatred will continue.

People are in despair because they think their world is coming to an end, all because of a man-made system of justice that doesn’t work. Because a particular human was elected to public office. Because they are afraid. But our political system is (obviously) not as great as you thought it was. You thought you could bring peace to your world by casting your vote and getting your candidate elected. You forgot that ‘all humans are created equal’ and all humans are sinful creatures. How can one man, or woman, save us, when they are just as sinful and selfish as we are. (at least, I know I am…) The problems we have created through our selfish need for power cannot be solved through human means. We must look higher. We must remember where we come from.  “Because all things were created by him: both in the heavens and on the earth, the things that are visible and the things that are invisible. Whether they are thrones or powers, or rulers or authorities, all things were created through him and for him.” Until we turn back to the God who created us, we are trapped by our own sinful choices.

As for you so-called Christians who think you got what you wanted in this election, I (and the apostle Paul) are calling you out. Paul says, “If you died with Christ to the way the world thinks and acts, why do you submit to rules and regulations as though you were living in the world? “Don’t handle!” “Don’t taste!” “Don’t touch!” All these things cease to exist when they are used. Such rules are human commandments and teachings. They look like they are wise with this self-made religion and their self-denial by the harsh treatment of the body, but they are no help against indulging in selfish immoral behavior.” You hate-filled, legalistic, soulless Christians! You who made up a list of rules for who ‘gets in’ and who ‘goes to hell.’ You are perhaps the biggest problem America has. You hide your bigotry and fear behind your smarmy Sunday smiles, while you drive out the helpless and needy from your loveless churches. Shame on you! You took the Word of God, alive in Jesus Christ, and boiled it down to a book of do’s and don’ts designed to prop up your godless religion. Your faith is not in God! Your faith lies in the power you claim to have which you use to judge others by. Shame on you! Look at what you’ve done! Turned American Christianity into a joke, and worse, into an organization that the truly needy have no part in. Open your churches to all who seek God, but first, open your hearts. Seek forgiveness for your sinful and selfish ways.

The only solution to the evils of our world cannot be found down here where we have made the mess. Our only hope is to look up. Colossians 3 reads, “Think about the things above and not things on earth. So, put to death the parts of your life that belong to the earth, such as sexual immorality, moral corruption, lust, evil desire, and greed. Set aside these things, such as anger, rage, malice, slander, and obscene language. Don’t lie to each other. Take off the old human nature with its practices and put on the new nature, which is renewed in knowledge by conforming to the image of the One who created it. In this image, there is neither Greek nor Jew, circumcised nor uncircumcised, barbarian, Scythian, slave nor free, but Christ is all things and in all people. Therefore, as God’s choice, holy and loved, put on compassion, kindness, humility, gentleness, and patience. Be tolerant with each other and, if someone has a complaint against anyone, forgive each other. As the Lord forgave you, so also forgive each other. And over all these things put on love, which is the perfect bond of unity.” God is love, and love is our only hope.

I beg you, if the reason you have given up on God, given up on church, because of something a human said or did to you, please, please, find your way back. Our nation needs you. I need you! I need the strength that a family of faith can give. Church isn’t easy, I know, because it’s full of sinful folks like me, but together we can be better. Together, we can look to God for help. Our hope is in God, who made the heavens and the earth. Higher than all the powers and authority found on earth, which is made by humankind, God is above all our selfish bickering and hate. God alone can save us from ourselves.

Previous Spokane, where was your righteous anger before the election?
Next Council members, pastors show support for MLK Center after vandalism