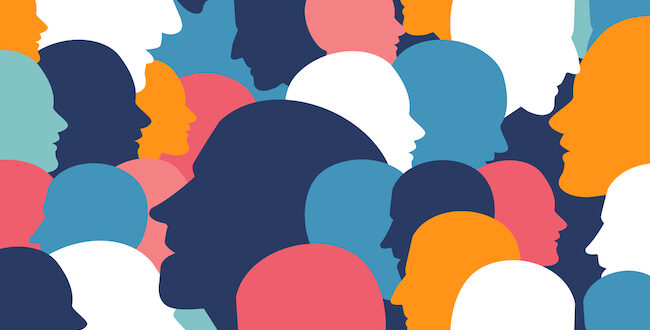 Soulful Connection Despite the Carnival

Welcome back, my friends
To the show that never ends…

…Come inside, the show’s about to start
Guaranteed to blow your head apart.

I am a firm believer that the best way to build community is to be tenaciously committed to humanizing dialogues. Difference should be celebrated, not only tolerated, as expansive for soul-to-soul engagement.  Humanizing dialogue is made possible through active and respectful listening, being non-anxious in presence, delivery, and reception of new ideas, and cherishing the importance of honest vulnerability.  None of this happens on its own or without great intention and effort.

Thirty-four years ago, Nathan Scott Jr., issued a type of “tsunami warming” regarding a sweeping intellectual cultural change at the 1986 Annual Meeting of the American Academy of Religion. The title of his address was “THE HOUSE OF INTELLECT IN AN AGE OF CARNIVAL.” He drew upon key insights from Mikhail Bakhtin who in his writings had invoked the adrenalin rush of an emerging carnival atmosphere where “the sacred [combines] with the profane, the lofty with the low, the great with the insignificant, [and] the wise with the stupid.” He warned members of the academy that the societal waters of ‘spectacle’ had already swelled at our shores and threatened to rage over institutions and foment society.  Just as the spectacles of the Roman Empire offered an addictive escapism by exploiting emotion, prejudice, and sensory overload, increasingly democratized information hubs would soon threaten norms, confuse truth, and offer tribalistic passion-appeal. Looking back, Scott’s address was prescient. Yet, many of us at the time thought it was, at best, over-kill.

Personally, I was one year into my seminary training, having matriculated with an entirely different set of assumptions about the world I would be entering as a pastor and, eventually, as a university lecturer. My assumptions, I now recognize, reflect an earlier modernist world where “absolute truths,” though always argued and ever-elusive, were the North Star for communities of learning and faith. For a good part of my professional life, I was slow in my comprehension before the turning-tide of postmodernism and its embrace of the ‘carnival’.

What I have learned over my subsequent 30 years of pastoring in a ‘carnival’ atmosphere is that at a surface level, it is too often argumentative vividness, force (loudness), simplicity, and “my-sidedness” that breaks through the dizzying array of information that comes at us like projectiles throughout a typical day.  At both an experiential and intellectual level, I understand why we are increasingly more divided today. I also recognize the human cost of these siloed divisions. I am told that we are the most indebted, stressed out, addicted, and medicated adult cohort in history. The ‘carnival’ has its effects. It takes more than it gives. It creates its own realities and profits to the “carnival barkers,” who exploit the chaos.

At the same time, there are many advantages that have emerged in a postmodernist context. A shift away from “absolute truth” allows previously silenced non-canonical voices to emerge and their points of view to be heard and considered. In terms of building healthy community, the emergence of authentic difference holds the potential of forming stronger and more versatile communities of action and interaction. However, this is a potential that is slow to be realized in our present context. We seem to be much more comfortable retreating to communities of sameness—politically, religiously, intellectually, culturally.

It must be admitted that such comfort around sameness is not a postmodern invention. It was also the case in the early modernist period, which begs the question if our current deep divisions are a product of postmodernism, or if our worst angels have recognized in the new ‘carnival’ atmosphere the lucrative potential to exploit a reactive, rather than soulful, humanity. Who exactly are the winners if we are the most indebted, stressed out, addicted, and medicated adult cohort in history?

I have my own hunches on the winners, but I know for certain who the losers are: families that find it difficult to sit down at dinner together for fear of political argument, religious communities divided against their own members, growing evidence of community intolerance, prejudice, and dread of the stranger, and individuals who are more fearful, less soulful, more anxious, less engaged and malleable in an ever-changing world.

The great pastoral and intellectual concern facing us today is to develop soul-deep engagements by talking through our differences. That is, we need to shift our motivations so as to engage others within a community, or even between communities, with a primary goal being to empathetically understand one another’s point of view rather than cognitive positional evaluation and agreement. If we can find ways to do this, we will gain empathetic connections, burn new and deeper neural connections in the entirety of our brains, and build stronger communities of cohesion through covenantal commitment rather than intellectual assent.

In other words, it means still being in the carnival, but not being exploited by its barkers or dumbfounded before the spectacle itself.

Join SpokaneFāVS for A Coffee Talk on “Building Community By Dialoguing Through Differences” at 10 a.m., Feb. 1 at the FāVS Center, 5115 S. Freya. Starbuck is a panelist.

Rev. Scott Starbuck is the pastor of Manito Presbyterian Church.

Previous Spokane duo launches app to guide transgender people through all facets of transitioning
Next Balancing Creativity, Generosity and Diversity