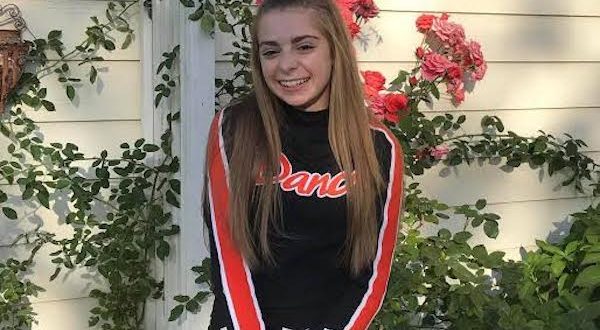 Chad Hawley and his family originally planned to raise $3,000 for the Sophie Hawley Memorial Scholarship fund on Facebook in honor of his daughter’s life and dream to become a pediatric nurse.

But the reality has far exceeded that goal. Since Dec. 26, 2018, when Chad Hawley first posted the fundraiser, he and his family have raised about $58,000 toward scholarships to future nurses from West Valley High School, where Sophie Hawley was a student.

“It’s so incredibly sweet that people would donate to that,” Chad Hawley says as he expresses his thankfulness that so many have given this money in honor of his daughter’s life, more than 800 people, to date. But he relates that it is bittersweet, too, saying his family would give back every donation to have her with them again.

This scholarship fundraising effort has given the family a lifeline to make sense of their daughter’s passing on Dec. 20, 2018, at the age of 17, due to complications from her third open heart surgery.

Sophie Hawley knew after her second open heart surgery at the age of 7 that she wanted to be a pediatric nurse, a dream and a goal from which she never wavered.

“Sophie would have been a wonderful nurse who would have helped thousands of people throughout her life. But it seems her path was much bigger,” Chad Hawley wrote in an update for the Facebook fundraiser page on December 28, 2018. “It is my hope that through this scholarship, instead of creating one nurse who can help hundreds, we can create hundreds of nurses who can help tens of thousands of people.”

Soon after Sophie Hawley’s passing, friends were asking Chad Hawley if they could donate money to the Heart Association or to Providence Sacred Heart Medical Center in his daughter’s name. But those organizations just weren’t the right fit in his mind. And it wasn’t until another friend brought up creating a scholarship in Sophie Hawley’s honor that he knew that this is what he wanted to do for his daughter.

At first, he used Facebook’s Fundraisers application to raise the money. As mentioned above, he started with a $3,000 goal. He didn’t really have any high expectations. Soon after he posted the fundraiser, he saw that a friend from Boise, Idaho, gave $500, but Chad Hawley was still unsure how this was going to go.

The family plans on awarding at least one scholarship in spring 2019 at the end of this school year.

“There is something beautiful about someone who knew Sophie getting the first scholarship,” Chad Hawley says.

According to Chad Hawley, the students who will be given this scholarship will exemplify the traits that Sophie Hawley lived—someone who has a passion for volunteering and helping others, someone who is very active with extra-curricular activities (Sophie Hawley was very involved with dance and tennis), and someone who is kind.

Chad Hawley encourages people to continue donating and sharing links to the donation pages on their social media to keep his daughter’s scholarship fund going for years to come.

And while the details of the fund are still being worked out, Chad Hawley knows what the logo will look like. One of Sophie Hawley’s friends, Hailey Johnston, hand drew a picture inspired by the photograph of him and Sophie Hawley walking down the hospital’s hallway on the last day of her life. They are holding hands.