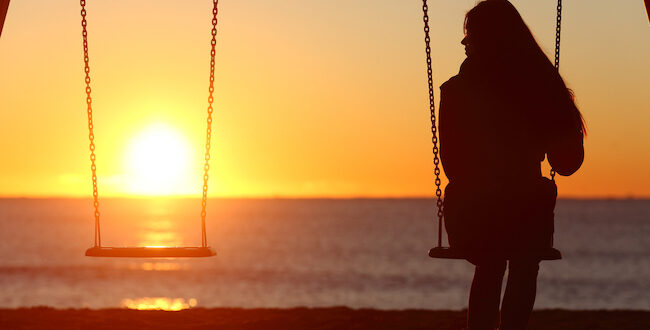 On Mother’s Day, your social media feed probably looked a lot like mine. It was filled with throwback photos of friends with their moms along with notes of thanks and love.

I did something different on Facebook that day. I posted a link to a SpokaneFāVS column about honoring our parents and pulled out a quote from a Jewish rabbi that goes like this, “We’re commanded to honor our parents and sometimes, in difficult situations, the best way to honor them is to keep your distance.”

My post didn’t get a single thumbs up or heart emoji. I suppose it was too negative for such a sentimental day.

Don’t get me wrong. I’m not anti-Mother’s Day.

I have fond memories of it growing up. One year I took 15 sheets of dot-matrix printer paper (remember those?) and colored one letter on each piece so it read H-A-P-P-Y M-O-T-H-E-R-S D-A-Y, and strung it across the living room wall so my mom would see it when she came around the corner.

I made sure she knew she was loved and appreciated that day.

Her birthday was a week before, on Cinco de Mayo, so the first two weeks of May were always about celebrating mom. One time, to be funny, I called her on her birthday every 5 minutes to say “Happy birthday!”

Then a few weeks later, on Father’s Day, I’d recognize her again. I figured since she was a single mom, it was the least I could do – though the celebration wasn’t as grandiose. Usually it was just a card with the word “father” crossed out, or a casual “Happy Father’s Day, mom!”

I have lots of wonderful memories of my mother. She was strong, and loud and funny.

Maybe she still is.

She joined a house church when I was about 6 or 7, which later evolved into a cult. Many readers of this column already know this. With each passing year, she sunk deeper and deeper into its hollows as I took another step the other direction toward the surface, trying to escape.

A distance grew. Yelling became the only way to communicate.

With it came dissension, frustration, anger.

It became impossible to have a phone call without talking religion – her religion. The calls always ended with both of us fuming.

So when she cut ties with me via an email, in a way I was relieved, though not immediately.

At first I emailed, trying to dissuade her. Then I sent birthday and holiday cards, but got no response.

Eventually I came to accept she no longer wanted me in her life. Honoring her meant respecting that.

It was best for me, too. No more anger-inducing phone calls, no more disappointed voices on the other end of the line. No more wounds ripping open over and over and over.

Maybe even in a broken relationship like this, mother still knows best.

Like the rabbi said, at times the best way to honor a parent is to keep your distance.

On Cinco de Mayo, and on Mother’s Day, and even on Father’s Day, I will still take a moment to think about the journey I got to have with her for a time. I will also always hope that the distance is closing in and that maybe one day I’ll turn around to see that she’s found her way out, to me.

Previous This Week Rabbi & Biblical Scholar to Address Roots of & Response to Antisemitism
Next The Cheney Vote: Courage and Cowardice