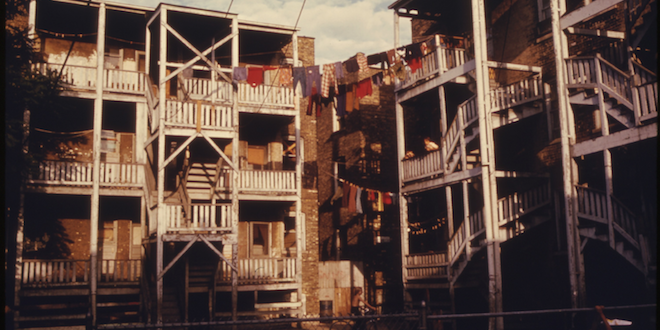 Do you know the hardest part about going on vacation? Coming home. Now that I’m home from a vacation to the rural coast I realize that my time away has stayed with me in ways I didn’t expect.

I went on vacation in the hope of forgetting the sometimes stressful world I inhabit by focusing on peaceful scenery – driving along uncrowded roads, some of which lead to quiet harbors where fishing boats rock gently at anchor, while others lead to craggy shores where evergreens stand guard as waves crash on the rocks below and sea birds swoop in for their next meal.

At night I opened the windows to let the cool breeze filter in and rejoiced that there was absolutely no noise to distract me from sleep. The distraction was my view of the night sky, resplendent with more stars than I’ve ever seen. In the morning, it began again after getting out of bed whenever I felt like it.

The beauty was all the more stunning because there were so few fellow visitors to admire it. The tourists were congregating in the usual haunts, one of which I visited for a day. The kitschy town just outside a famous park was filled with people who were shoulder to shoulder and cars that were bumper to bumper. Traffic was moving at two miles an hour and finding a parking place required divine intervention.

There was no hint of poverty that I could find in this one town nor in nearby communities. The poverty is away from the tourist thrum, about 20 miles down a one-lane highway. The few outsiders who take this road are most likely headed to another famous park along the coastline. They are unaware of the need that is obvious on the side roads to the left or right.

I speak about such ignorance from experience. I’ve been to this area several times before, usually for a week, and I never saw the poverty. This time I had two weeks so I felt no desire to rush. I just poked around here or there whenever I felt like it, going down whatever road looked interesting to see where it led. And they led to some amazing sights.

Particularly creepy is a yellow house that is slowly caving in, the roof now shaped like a saddle fit for a giant. The aluminum siding is buckling, the windows are cracking and the tall grass is doing its best to disguise the nightmare. I am left to wonder if the basement beams were eaten through by termites or undermined by water.

But there are still more memories: Shiny, oversized pickup trucks that are worth substantially more than the homes they’re parked next to; blue tarps that cover roofs and basement garage-door openings; a library housed in a building that once was a two-story, two-room schoolhouse but which has suffered so much from time and weather over the decades that the first floor is sagging, leaving visitors to wonder if it’s about to cave in like that yellow house.

I should be happy that I’m home, where the library is modern and the homes are highly valued. I should be, but I’m not. Instead I’m thinking incessantly about the plight of the few thousand people who live in that county (fewer than live in several Spokane suburbs).

Poverty in rural America is different from big-city poverty. At least in an urban area you can catch a bus to go to work or appointments. Services are relatively close at hand, whether from police, social workers or doctors.

But in the county where I spent two weeks there is no public transit, social services are perhaps hours away, many towns have no doctors at all, and an ambulance or fire truck might not arrive at an emergency scene for a long time.

It’s not all bad news, by any means. Travel down these side roads and you’ll find neat, orderly, modest homes surrounded by trimmed lawns and flower gardens. But interspersed among them are: mobile homes where the siding has been partially ripped off (by a fierce storm, I suspect); homes sitting on posts rather than foundations that are adorned in extremely weathered cedar shakes; and front yards that are littered with junked cars and other detritus sitting right next to swing sets and kids’ bicycles.

As a journalist for roughly 40 years I saw a lot of suffering and a lot of poverty but I have never been affected like this by such things. I have prayed before for those who suffer and I have felt the sting of indignation when I learned that their problems are generations old. But I have never felt a call to pray for others that equals the call I feel to pray for these folks. Not just because they’re poor but because they’re invisible.

I’m beginning to think God opened my eyes because there may be something more that I can do than pray. Somebody once said, “Don’t pray for a solution to a problem unless you are willing to be part of that solution.” For the first time in my life I am beginning to feel that willingness.

I am not naïve about this. What I’m feeling may be more emotional than rational. I certainly have no intention of immediately packing my bags, moving there and getting busy, if only because I know that a lot of misguided do-gooders have done more harm than good by trying to solve what they believe are the problems without understanding the causes of those problems, or even whether the problems they identify are the ones that must be addressed.

I have no idea what’s needed, let alone any concept or means for addressing the issues, and absolutely no certainty that I’m meant to become involved. My next step is to start asking questions. Lots of them. But I am asking others to pray for God to guide me and reveal His will to me. Would you be so kind as to do likewise?

Previous Accepting the Whole Truth: A Mormon Looks at Transparency
Next Paul Young, author of “The Shack” coming to Spokane