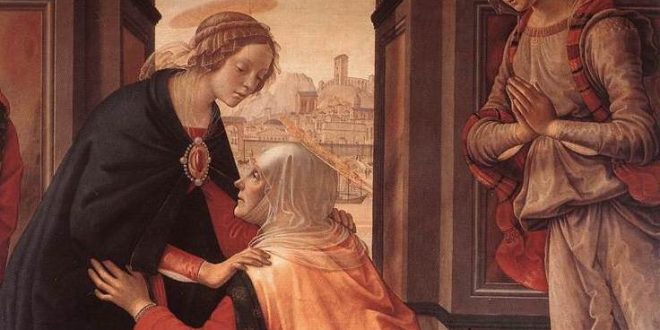 Someone should tell Congress about Magnificat

This might be my favorite week in the whole church year. It’s Magnificat week. The lectionary offers a story in which two women, Mary and Elizabeth, meet together and talk about God. Then Mary opens her mouth and sings a psalm of cosmic proportion and local relevance. In Latin, it’s called the Magnificat, since Mary begins by singing “my soul magnifies the Lord.” The Lord of heaven and earth regards her little story, fulfilling the promise to bless and save her people. She praises God for acting on behalf of the vulnerable and downcast, “lifting up the lowly and scattering the proud.” Mary declares that God gives the hungry good things and sends the rich away with nothing. She’s picking up a theme that resounds all throughout the biblical narrative: God who reigns over all creation is on the side of the poor.

Someone should tell Congress.

With her song, Mary proclaims that the birth of Jesus is an affirmation and fulfillment of biblical economic principles: because of God’s radical generosity, God’s people share what they have. And every 50 years, God’s people redistribute land, grain and other wealth in order to prevent inequality. Slaves are set free, their debts forgiven. It’s called the Jubilee year.

Unlike Mary’s song, the Jubilee teachings in Leviticus and Deuteronomy don’t make it into the lectionary much. I have yet to find a church that offers seminars on land redistribution. Our national leaders, many of them public Christians, have just enacted legislation that amounts to the opposite of a Jubilee, concentrating more wealth among the wealthy and increasing the financial burden on the already poor.

Old Testament scholar Walter Brueggeman has proposed that the idea of jubilee is the most scandalizing idea in the Bible. No other image, teaching or principle in the Bible, he says, causes people to doubt the factuality of the text, asking “but, did they really do that?” Even among his Christian students who read scripture literally, this question consistently comes up. Somehow it is possible for us to imagine our ancestors in faith stoning disobedient children and burning down the cities of their rivals but not giving back land and freeing slaves.

This week, we will light all four candles of the Advent wreath on our dining room table. In my home, we will be praying for redeemed imaginations, for open eyes to see an equitable, peaceful future. We will pray for the poor and the sick. We will pray with daring hope that the tax legislation passed ironically in this “Magnificat” week will somehow be reversed.