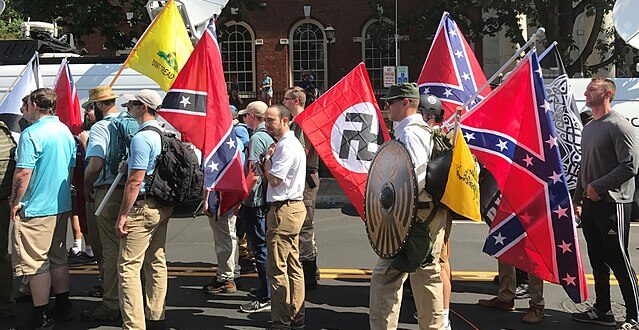 “Someday They Will Leave You No Choice”

“Someday They Will Leave You No Choice”

It was the spring of 1969. I was a freshman at the University of Oregon and doing what most young people do…trying to find myself in those first heady days of independence.

Raised in a Jewish household, I leaned into my Jewishness, joining a traditionally Jewish fraternity and then a campus Zionist organization dedicated to the “return” of American Jews to Israel. One of my cousins had already taken that step.

Towards the end of the school year, my best friend in that organization, a graduating senior, told me he was making the move as soon as he had his diploma. He wanted to join the Israeli Army. He urged me to go as well.

I demurred. I was not ready, I told him. Even with the Vietnam War raging, I still considered myself a patriotic American. I was not ready to leave friends and family for a foreign adventure.

He was not impressed.

“Someday,” he said, “you will come to Israel. They will leave you no choice.”

Unless you have been the victim of anti-Semitism it may be hard to understand why that statement has stayed with me for more than 50 years. Every Jew, everywhere, understands history. Virulent, violent anti-Semitism lurks beneath the surface in this country and nearly every other where Jews can be found.

History tells us that in troubled times, it breaks through the surface to manifest itself in terrible ways.

My grandparents came to the United States in the early 20th Century to escape the violent pogroms that devastated Jewish life in Eastern Europe, decades before the Nazis eliminated those family members left behind.

Further back we remember the expulsion of Jews from one European nation after another. We remember the Inquisition. We remember the anti-Semitic horrors of the Middle Ages and of the late Roman Empire. And, of course, the Holocaust is seared into our memories.

History has not been kind to my people.

And for most of the last 2,000 years, the most pervasive anti-Semitism has been perpetrated by Christians, or at least those who would call themselves such.

When I was in the third grade, one of only a few Jews in the entire school, my well-intentioned elementary teacher asked me to explain Hannukah to the class. Her intentions were fine. But the results were traumatic. I had been singled out as different from others in the kid world, a world where differences are cause for derision and bullying. I was teased on the playground, pushed, punched, chased.

A few days later, I sat in the audience as a non-participant while my tormenters played the roles of Mary and Joseph, the wise men, and angels in the class Christmas pageant.

Even then I understood the hypocrisy.

A few years later, my next-door neighbor, the son of a former Nazi official who had been allowed to emigrate to the United States, discovered I was Jewish. He and his gang of lesser thugs, chased me down one afternoon, tied me to a tree and whipped me with willow sticks as they shouted their home-grown anti-Semitic slogans. Where is the sense in the son of a church-going Nazi screaming “go back where you came from” to a fifth grader?

As I grew older, I heard similar stories from many of my Jewish friends. And my grandfather, in his 70s, told me that when he was 4 or 5, he had been chased through his Portland neighborhood by thugs hurling rocks and calling him “Jew boy.” Bloody, he took refuge on the stoop of a neighbor house where he was nursed by the little girl who would eventually become my grandmother.

Thinking of the incidents in my own life and the stories I heard from others, I think back to my friend’s comment, “Someday.”

I recount these stories not in the hope of gaining sympathy – and always remembering that African Americans deal with this and worse on a daily basis – but to explain why the mix of religion and politics that seems to be reaching a tipping point in this election is so terrifying to some of us.

As a young man seeking to find myself, I toyed with several religious models. A long-ago girlfriend was Mormon, and I spent some time studying that faith in Salt Lake because she would not marry me unless I converted. I was married to a Baptist and now my dear Carla is Catholic. I have read the Christian Bible and the Koran. I have studied Buddhism and Hinduism. I want to understand. And I am a student of history.

Theocracies never work out well for those on the outside looking in. I include in that generalization contemporary Israel where theocratic principles have divided the country and contributed to injustices Jews themselves have experienced through history.

So much of the political rhetoric this cycle is about restoring Christian values in the United States. But which Christian values? The values of love and acceptance or the values of exclusion and discrimination, values that underlie anti-Semitism and white supremacy.

Is it sufficient for “good” Christians to argue that hate and intolerance are not true Christian principles? Am I expected to parse Christian theology to determine good and true Christians from the false? What if the false are actually the ones in power?

What does it say about a confused theology when millions who claim to be religious, including political leaders close to home, have traded their faith and values to support a liar, a cheat, an adulterer, and a con man whose moral IQ is at gutter-level. Who do I trust? Those who advocate love in the name of their god or those who would lock me away, or worse.

There is a viral meme out there that captures my concerns: “I don’t challenge your faith. I simply do not want you to impose it on me.”

The political fundamentalists are all about imposition. President Trump and Vice President Pence would impose their religious values on me although we must acknowledge that Trump’s values seem a matter of expediency rather than faith. Nevertheless, his role in the so-called “patriot church” movement is documented in a Monday Washington Post story One of those churches is in Spokane.

The Supreme Court appointee Amy Coney Barrett has said her religious beliefs are the foundation of her legal philosophy. Imposition of that philosophy through court actions likely will damage the rights of religious, ethnic, and sexual minorities.

All voters go to the polls to vote their conscience based on the personal beliefs, values, and experiences. I would never, ever challenge the individual who proclaims “I believe. I vote.”

But when religious institutions get involved or as powerful politicians get involved, as is increasingly the case, some of us become afraid, very afraid.

As an adult, I have encountered overt religious discrimination only once. As a junior executive in a respected, Southern-based company where the leadership was primarily Baptist, I was told I could not move any higher, that Jews would never hold senior positions. To advance my career, I would have to move on.

Times are changing and not for the better. With chants of “Jews will not replace us,” echoing from Charlottesville, Virginia – a demonstration that included some very fine people according to our president – I have to wonder if my old college friend was right.

Previous Confidence in the Justice System Shaken by Amy Coney Barrett
Next Vote: It’s about power, conscience and consequence