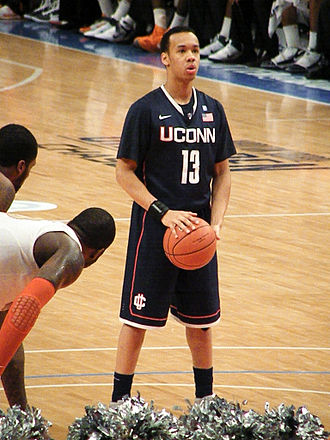 Some of our best and brightest are also among our hungriest

My friend Bill just got home after graduating from college in the South. He misses it but he’s diving right in to bring some of that Southern hospitality to this neighborhood.

I’m sure that may shock those who presume that kids in college don’t go hungry. But a college basketball star left no doubt a few months ago.

Shabazz Napier became a first-round National Basketball Association draft pick recently after leading the University of Connecticut to the national championship. But in an interview during the tournament he told reporters that he often went to bed hungry.

The humiliated NCAA realized it had crossed the line and immediately changed its draconian student-aid rules to guarantee that student-athletes don’t have to endure hunger because feeding them would put their aid package over the allowable limit.

But if an All-America basketball player can go to bed hungry, what makes anyone think that this can’t happen to anybody else in a student body?

And then my friend Bill dropped the real bomb. “A lot of these kids aren’t just hungry; they’re also homeless.”

That’s right. As soon as the school year ends in May or early June, they have to scrounge around for a place to live until their dorm opens up again in the fall or their friends return and they share another 10-month lease on a house or apartment.

Well, not quite “nobody.” My friend Bill helped some Protestants to start that college food pantry, and now he hopes to do the same thing at a university not far from where we live.

Imagine for a moment that there are hungry students at Gonzaga, or Whitworth, or Washington State or Eastern Washington universities? Never mind what that means for those kids. My question: What does that mean for the rest of us?