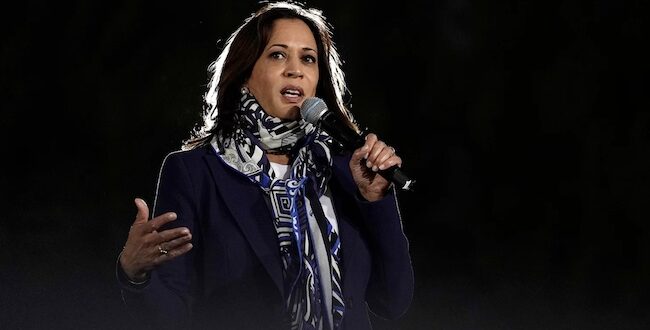 Some Baptist pastors are calling Kamala Harris ‘Jezebel.’ What do they mean?

Some Baptist pastors are calling Kamala Harris ‘Jezebel.’ What do they mean?

It didn’t take long after the inauguration of the nation’s first woman vice president for some pastors in the Southern Baptist Convention to start comparing her to the Bible’s most nefarious woman.

Two days, to be exact.

“I can’t imagine any truly God-fearing Israelite who would’ve wanted their daughters to view Jezebel as an inspirational role model because she was a woman in power,” Buck tweeted.

Then on Thursday, Steve Swofford, of Rockwall First Baptist Church in Texas, preached about President Biden, calling him “cognitively dysfunctional,” and adding:

“What if something happens to him? Jezebel has to take over — Jezebel Harris; isn’t that her name?”

Swofford is a member of the Southern Baptist Convention’s executive committee, “the group that runs the business of the nation’s largest Protestant denomination outside its annual meetings.”

Of course, many Southern Baptists, like the majority of evangelicals, are Republicans who have professed undying support for former President Trump. But now, some of its leaders appear to be imitating Trump’s penchant for incendiary rhetoric — albeit with a biblical twist.

For the uninitiated, here’s what “a Jezebel” signifies:

Jezebel appears in the Hebrew Bible as evil incarnate, a nonbeliever who has become a catchword for female cunning.

She first appears in the Book of 1 Kings as a foreign royal wife of King Ahab, the seventh king of Israel. She is principally known as a patron and devotee of the Baal, the Canaanite god.. Even her name, Jezebel, may be related to “Beelzebub,” another name for Baal. It may also be related to the Hebrew word “zevel” or “manure.”

Her principal foil in the Hebrew Bible is Elijah, the prophet of God. Her death at the order of King Jehu is particularly gruesome. She is tossed out of a window, and by the time soldiers come to bury her, dogs have already eaten most of the corpse.

Jezebel also appears in the New Testament Book of Revelation where she is associated with sexual promiscuity and whoring.

“By her teaching, she misleads my servants into sexual immorality and the eating of food sacrificed to idols,” reads Revelation 2:20, though it’s not clear if the text is referring to the same Jezebel of the Hebrew Bible.

In the United States, Jezebel has become a racist trope for a sexually promiscuous Black woman — a description that began in slavery, extended through the Jim Crow period and continues today.

David Pilgrim, professor of sociology at Michigan’s Ferris State University, writes that it is increasingly easy to find Black women, especially young ones, depicted as Jezebels “whose only value is as sexual commodities.”

Lisa Sharon Harper, a writer and activist who is also an evangelical, said the use of the Jezebel trope is a window into the beliefs of white Southern men.

“They legitimize their own racist, white supremacist worldview by placing it on top of a biblical reference,” Harper said. “This could be a way of white men trying to put Black women back in their place, which is under them.”

Charismatic Christians often talk about a “Jezebel spirit,” which they believe to be the evil influence of the biblical queen in the world today.

Headlines in the magazine Charisma point to Jezebel as the source behind the popularity of Harry Potter. One Baptist pastor said Jewish comedian Sarah Silverman is a Jezebel, witch and Jewish false prophet. Former Secretary of State Hillary Clinton, a United Methodist, also associated with Jezebel, as is the media, according to guests on “The Jim Bakker Show.”

In his 2019 book “Jezebel’s War With America: The Plot to Destroy Our Country and What We Can Do to Turn the Tide,” radio host and columnist Michael Brown wrote that Jezebel is “back from the dead. Or perhaps the spirit of Jezebel never went away.”

Writing about the misuse of the trope to smear women in her 2013 book “Jesus Feminist: An Invitation to Revisit the Bible’s View of Women,” Christian writer Sarah Bessey said that “when a woman exhibits leadership, she’s accused of having that Jezebel spirit.”

“I look forward to the day when women with leadership and insight, gifts and talents, callings and prophetic leanings are called out and celebrated as a Deborah (a biblical judge), instead of silenced as a Jezebel,” Bessey said.

Your support can help FāVS pay for its subscription to the Religion News Service.

Previous Diverse Not Divisive
Next Why So Many Religions? Or Are There?