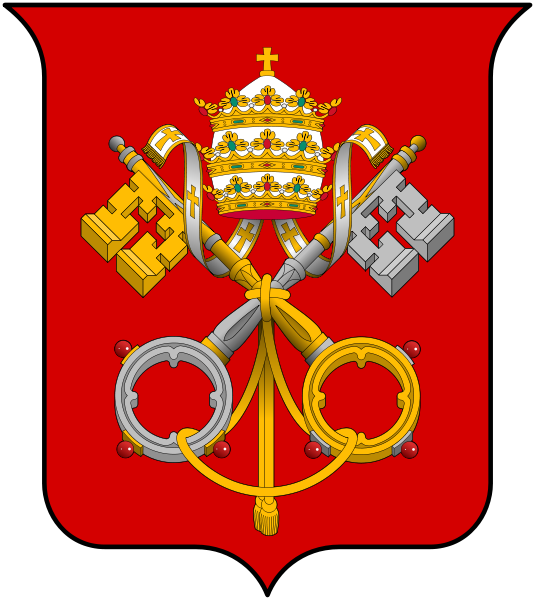 Some advice for the new pope

The next pope will undoubtedly have to wade through a good deal of advice from official advisors as well as commentators across the global Roman Catholic community. He will be chosen on part as well because of his own ideas and his style. As a lay person from a local parish I offer him my own three suggestions and hope that somehow they get to him, not because I am special, but because I am ordinary — the regular lay person in the pew on Sunday mornings.

I offer my suggestions as a potential practice to stave off the splintering effects of recent decisions surrounding priestly ordination, sexual abuse scandals, financial shenanigans and an overall growing divide between the education of clergy and of laity.

First of all I suggest the pope recognize the Latin liturgical rite prior to the Vatican II Council as an independent rite and add it to the list of acceptable liturgical rites that the Roman Catholic Church already supports as within the framework of a common theology.  Catholics are at liberty to worship in a variety of manners within a group of rites recognized in the church. These rites concern the celebration of sacraments but also include diversity in language, musical styles and the physical movements of the clergy and laity as well as prayer forms and vestment styles.

Instead of allowing the argument over the spiritual righteousness of Latin as a prayer language and the necessity of the priest to face a particular direction during prayer to wreck havoc and court the dreaded label of heresy, why not let the Tridentine Latin Rite simply join its sisters of the Novo Ordo, Ambrosian, Byzantine, Syriac and the newly established Anglican rite. If we can make room for Protestant reformers, why can’t we do the same for our schismatic friends of the Tridentine communities? Would not this be a better route to travel than the increasingly anxious conversation we are having about whether or not the Vatican II Council decisions were a mistake?

It’s not an easy task as the Tridentine rite communities have enough time now to establish seminaries, bishoprics and international relations on their own. There will still be a need for conversation and conversion on some lines, especially that of papal authority but it might just let the heat cool down long enough for people to relax and feel safe in their own traditions as has been already been allowed.

Secondly, I suggest that the new pope engage the larger Catholic community outside of the Vatican and not just by taking scenic tours and photo ops in foreign countries. To really engage there would need to be purposeful conversation, real talking and real listening from all parties.  Let the Bishop Conferences around the world discuss the issues that are truly relevant to them without the threat of Curia condemnation, which amounts to being told to shut up. Limiting the dialogue of those people whom the church has ordained to be the sacramental leaders undermines ordination as a whole.

How are the people supposed to trust in their bishops if the bishops are not allowed to trust one another? Just quit tossing people out because they voiced dissent or asked a question but rather see those opportunities for deeper thinking. Indeed this is the exact method of encounter that the church calls for between herself and other religions.

More importantly, invite people whose direct experience has lived or tried to live Catholic teaching to the table to converse with those that do the teaching. Yes, celibate clergy have important insights on marriage and family life to share, but so do actual married people and parents. Let them share their ideas and questions with one another instead of dismissing the lived experience of the majority of Catholics.

In general, conversation happens when it is allowed. Actually, the conversation doesn’t stop just because the Vatican says it has to, it just goes on in a different way, a splintered way.  Listening doesn’t mean changing one’s mind or traditional teaching, but it goes a long way to creating an atmosphere of respect and love.  People are more willing to stay in the Church if they feel that the Church recognizes them.  Let the Asian Bishops Synod talk.  Then the Vatican can talk.  They can talk to each other.  Let the conversation be public and not hidden behind Curia committees and Vatican doors.  Let the Catholic communities around the world know that there are ongoing matters of intense discussion taking place and that there is a way to contribute through Bishop Conferences or laity associations.  Do not be afraid of your own people.

Lastly I would suggest to the new Pope that he relax the administrative controls of the Vatican over bishops.  These men have been ordained, twice some might say, and if we believe in the supernatural grace said to infuse their hearts and minds through the sacrament of ordination, then they should be allowed to administer their dioceses. I am not asking for a complete lack of oversight because there are bishops from time to time who get lost and need help. On the other hand, let them counsel one another. Let them decide their own conference agendas and speak to the matters considered important in their regions. Instead of fearing a free-for-all, it may result in closer relationships, better understanding and more trust between them and their dioceses.

The next pope will have a large agenda. He will have to deal with internal matters of ordination, sexual abuse, bankruptcies, and a decline in Catholic education in some regions, and even continuing theological and ethical considerations of war, the death penalty, and the use of condoms in the fight against AIDS. The external concerns of Christian unity, inter-religious dialogue, religiously inspired violence and the global poor will also be on the table. Again, I offer my three suggestions as ways to diminish the stress in a few places and as representations of mutual respect between the Vatican and the rest of us Catholics.