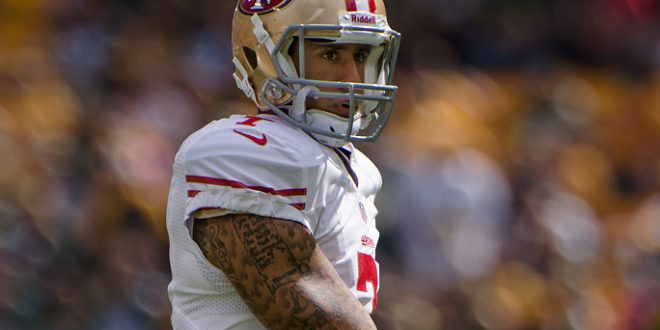 Social Media, Memes, and Speaking out for Social Justice

This past Sunday morning, one of the stalwarts of our congregation asked me what I thought about Colin Kaepernick’s decision to not stand turning the national anthem as a form of protest against the treatment of blacks and the oppressed within the United States.  In part, Kaepernick’s statement said, “I am not going to stand up to show pride in a flag for a country that oppresses black people and people of color.”  Our Sunday morning conversation lead me to think about the quote Christians have appropriated from Finley Peter Dunne’s defense of newspapers in 1905. The role of the church is to “comfort the afflicted and afflict the comfortable.”   While my friend at church and others may have a visceral reaction, wishing that Kaepernick’s protest would be done in a different way – in a more respectful manner – it has done what it was meant to do.  Protests are meant to jar the dominant culture and way of thinking.  They are supposed to challenge us and rip us out of our comfort zone.  The protest has worked.  Kaepernick has afflicted the comfortable.

Since that first statement of protest, two Seattle professional athletes have acted and spoken out in support of Kaepernick’s protest.   Seattle Seahawks cornerback Jeremy Lane sat during last week’s preseason game’s national anthem, and Seattle Reign and US Women’s national team player Megan Rapinoe knelt down during the national anthem at a game in Chicago on Sunday.   Rapinoe said after the game that she was appalled by the vitriol that Kaepernick was attacked with.   “It is overtly racist. ‘Stay in your place, black man’.”  Rapinoe also called upon her own experiences facing discrimination and feeling left outside.  “Quite honestly, being gay, I have stood with my hand over my heart during the national anthem and felt like I haven’t had my liberties protected”.

Many people on social media have posted memes, blog stories, and statements about the un-American and disrespectful nature of this type of protest.   Many have pointed that American soldiers die fighting to protect the flag and all that it symbolizes.   Not paying respect during the national anthem is, to them, demeaning the history and sacrifices that those in the military face.

Kaepernick and his supporters are part of a long line of athletes who have used their standing within society to speak out about social ills.   Because sport has such a dominant position in our cultural entertainment, as well as the socialization of our youth, it is uniquely positioned to be used as a tool for social change.   In the past, athletes like Jackie Robinson and Muhammad Ali have used their fame and spotlight to speak on racial and social injustices.   In each of the cases of sports figures speaking out on social issues, there are some common themes.

Posters on various social media have called into question Kaepernick’s protest, questioning how a multi-million dollar athlete who gets paid to play a kids’ game has ever been oppressed.   While sport is a multi-billion dollar entertainment industry, it is still seen as a game – as a trivial pastime that belongs in a secondary tier in society.  This argument is problematic not only because it neglects the reality of sport’s role in our society, but it also seeks to silence those who have access to media outlets thus giving them a regional and national voice.

On one side, the push to quiet the protests is a class-based position that runs deep in our history.  Because these people make their living using their bodies, they do not have the intelligence or abilities to be able to make reasoned decisions about the greater society.  Sport is sport, and politics is politics.   We shouldn’t let the two entwine.  Let the athlete use their bodies to entertain us, but don’t let them speak because that isn’t what we pay them for.  This is a disingenuous argument when you look at the how sports and politics have been married in America since the post-Civil War era.   The national anthem was first played at baseball games in the lead-up to World War I, and didn’t become a pre-game mainstay in all sports until World War II as a way of showing patriotism.   By making the argument that athletes should be quiet, we are perpetuating the argument that those in charge of the events – the owners and administrators – can and should make political choices and decisions, however, those who are acting and performing the grunt work should not have a voice.

Social media responses to athletes like Kaepernick’s protest also fall along the lines of “when have you ever been oppressed?”   In some way, there is a perception within our society that a person who has some notoriety and success cannot, or should not be speaking out for others who have less.   A rich athlete who has not been involved in riots should not protest because they have no personal stake in the game.  However, this argument is troubling as well.   The argument that any given athlete hasn’t been oppressed, therefore they have no grounds for protesting, diminishes their history and experiences as they grew up.  It diminishes their own backgrounds and processing of their lived experience.

However, more troubling is the societal belief that the haves shouldn’t speak out and protest for the have-nots.  There seems to be a general feeling that if you’ve “made it”, that is fine, but don’t whine because the rest of us would love to be in your shoes.  We’d love to have your fame, money, and notoriety.  You get paid to play a game and have more money that the vast majority of the fans will ever earn.   However, this shutting down of professional athlete voices goes against one of the fundamental Christian principles of being in the world and seeking the good for all.  Christianity calls people to be with others in relationship, to walk with them and to understand them, even if we have different backgrounds and different social and class status.  While the Bible says that there will always be poor and oppressed, it also says that we are called to love justice and to do mercy.  To take care of those who are oppressed.  The moral imperative is to speak out for the least of society, no matter if we have money, if we use our bodies to play games, or if we sit in a boardroom.   If those who have a stage to speak out don’t seek justice, then who will?   It is stark the difference in media and social media chatter about the protest of Kaepernick and the protest of the Standing Rock Sioux tribe.   There is very little about the violence and oppression in North Dakota as huge corporations act on one side against a small, relatively poor indigenous population on the other side.   Kaepernick,, because of his stature as an NFL athlete, gets media and attention.   That is the very reason he should speak out.

In society, we understand that protests play a role in the broader culture.   While we may not agree with what protesters are seeking, we do understand at some level their right to ask for change.   When protesters get too loud, inconvenience us, or stand (or in the case of Kaepernick, sit) in the face of what we find comfortable and entertaining, then we tend to say the protest has gone to far.    However, as Black Lives Matter, Colin Kaepernick, Standing Rock, and too many other areas of protest clash with our own beliefs, ethics, and values, the question needs to be asked- are the protests loud and afflicting enough?

Previous Ask An Atheist: Did people from sacred texts really exist?
Next Ask A Religious Scientist: Do you believe in Heaven?