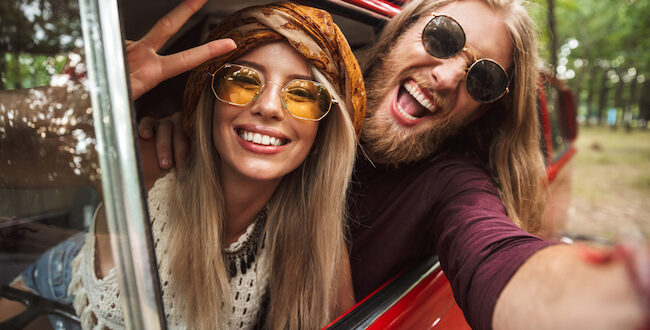 Social distancing and the summer of love to come

In the summer of 1967, a movement generated from the Haight-Ashbury district of San Francisco evolved into the now famous “Summer of Love.”

I suggest that our current social distancing is the exact opposite of what that Summer of “Love” entailed. And this is not entirely a bad thing.

The form of love that was exalted in that movement was the passionate love known as eros in the language of New Testament Greek. In that same language, three other forms of love are described in different words. But all those words translate to the single English word “love” in modern English — even in the Holy Bible.

This linguistic cluster has created great cultural difficulties. The slogan of the Summer of Love, “Make Love Not War” centered around the notion that the passions involved in destructive acts of war could be more positively channeled through passionate acts of sexual love. So everybody basically took all their clothes off, did a lot of drugs, and thus inaugurated the so-called Sexual Revolution.

The problems that arose from this massive disregard of common sense are obvious. And they linger to this day. What began as “love” morphed into mass jealousy. STD’s were promulgated alongside vicious rumors. Finally, the rate of abortions rose so drastically it propelled a right-wing reaction, pitting those who were “pro-choice” against those who were “pro-life,” in disregard for the realities in which such a toxic dichotomy were rooted.

Now we are faced with an almost opposing challenge. In an atmosphere of social distancing, we will be touching each other much less than before — rather than much more. While this has its own pitfalls, I would suggest that it might also bring unanticipated advantages.

A Time to Turn Inward

Rather than exult in the false sense of community that spawned a sixties travesty, let us all turn inward, and reflect in solitude upon our singular purposes, as individuals immersed in a culture that has changed radically overnight.

Maybe this is the time for each of us to get in touch with our own hearts — our own callings — our own life-purposes and destinies. We will serve the community of humanity in a far greater way if we all take some time to reflect, and to find out what each of us — as the unique divinely drafted individuals that we are — is really and truly all about.

The State of Christendom in American Contemporary Culture, Part 3 - SpokaneFāVS

[…] transpired since we ceased to uphold the sanctity of marriage in our national consciousness.  As I tried to say earlier, an increase in sexual opportunity has fostered an increasing demand for abortions, along with all […]