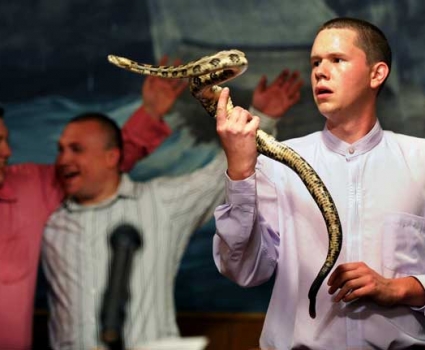 Previous Young snake handlers grasp the power of faith
Next Does the spirituality or faith of our president matter?