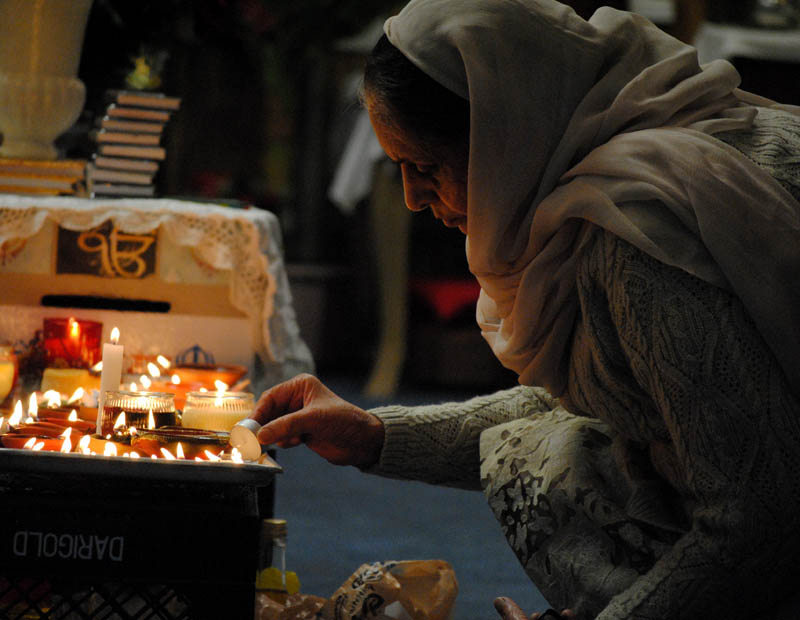 Dozens of small flames flickered in the darkness outside the Sikh Temple of Spokane Tuesday night, while inside the gurdwara, families prayed, chanted, dined and lit candles together as they celebrated Diwali, known as the Festival of Lights.

In India during this time of year houses, shops and public places are decorated with diyas, or small oil lamps, to symbolize the victory of good over evil. The holiday is celebrated by Hindus, Jains and Sikhs, but for different reasons.

“The symbolism of light over darkness is universal,” said Baldev Singh, a member of the local gurdwara, “but this relates to our sixth master.”

To Sikhs, Diwali is a time to remember when Guru Hargobind was released from prison in 1619, and the way he managed to free 52 other prisoners along with him.

Singh explained that Guru Hargobind, the sixth Sikh Guru (of 10), was mistakenly imprisoned by an emperor who was arresting innocent people to show dominance. When the emperor learned he had arrested a holy man, he agreed to set him free. However, Guru Hargobind refused to leave without the other prisoners.

According to history, the emperor said whoever could hold onto the guru’s cloak could be freed with him. In response, the guru had a cloak made with 52 pieces of string attached, so everyone could hold on.

“They were all released,” Singh said.

Guru Hargobind is a symbol of goodness, or light, in a dark time.

After reading evening prayers at the gurdwara and singing hymns, Babajee — a name given to Sikhs of a certain age who lead the temple — gave a brief lesson.

“When there are these lights,” he said pointing to the candles, “there is no darkness. It’s the same way the blessings of God; our spiritual darkness will go out.”