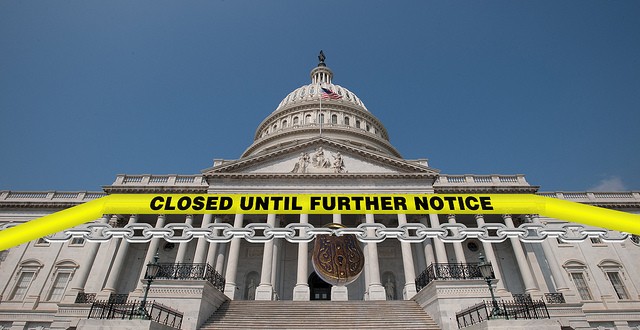 Shutting down the government will do no good

Republicans are threatening to shut down the government to try to defund Planned Parenthood. This, of course, raises a lot of issues for me and my family. I don’t support abortion and think we should work to reduce abortions. We know from history that illegalizing abortion only drives it under ground. The question should be about how to reduce unwanted pregnancies and looking at policies to reduce the need for abortions. We also know the action being proposed of shutting down the government will not work and it will lead to greater support for abortion in the long run.

We have to look at what works and what does not. As Jesus taught us Christians, be as wise as serpents and as innocent as doves. The current proposed action of shutting down the government on the pretense of defunding Planned Parenthood will accomplish little in terms of stopping abortions in the country. On the contrary, it will end with an increase in support for abortion in this country as the pain it will cause will close the ears of those on the fence on abortion.

Since they are nowhere close to a super majority in Congress to override a veto, we would have a repeat of Ted Cruz’s last government shutdown in which the economic drag on the country would force the backdown of Republicans with a majority of people blaming the Republicans for the shutdown. No one has come up with an other scenario for how it would not be a repeat the same pattern.

So the question is why would the House Republicans take the action. Being wise as Dodo birds and as innocent as serpents seems destined to fail in stopping abortions. They must know their actions will fail, so there must be other reasons. In other words, this is more about political grandstanding and getting votes at home than about abortion. The House Republicans have been playing with a myriad of different excuse to close the government since before the controversial videos that set off the latest Planned Parenthood affair. They, as politicians, were in search of an issue to support the action wanted to take.  So while the excuse is about abortion, the reality is about getting votes and support by riling up anger of the people back home. If the government shuts down, look for a bump in the polls for Senator Cruz in GOP primaries.

All of which would be political theater if it weren’t for the fact that it plays with real people’s lives. It can threaten my son’s yearly visit to the National Institute of Health and many kids like him who suffer from a whole host of conditions. Last time Cruz and company shut down the government so poor people wouldn’t have healthcare, it cost the tax payers $24 billion the economy hundreds of billions of dollars and the other costs were equally steep. I spoke to parents, researchers and doctors and the verdict was that action cost perhaps years of delays in finding treatments. It hurt a great deal of innocents like my son. One doctor, a kind and compassionate man, was so angry at the waste that he, despite being a conservative was willing to punch many in the Republican leadership for the damage they did to further their political careers.

So, as you hear the news and hear the speeches, knowing the not only will it not stop abortions, and in fact increase support for abortions. Why were they contemplating the action last year with several other excuses other than abortion? Then, as you realize the answer, the question will be is the furthering the career of politicians worth the suffering of kids with cancer, the damage to the economy, and the cost to the tax payers. With St. Paul giving the guide to action of looking at the fruits of any action, such action is of course as far from being Christian.