Home / Commentary / Showing up for our young people 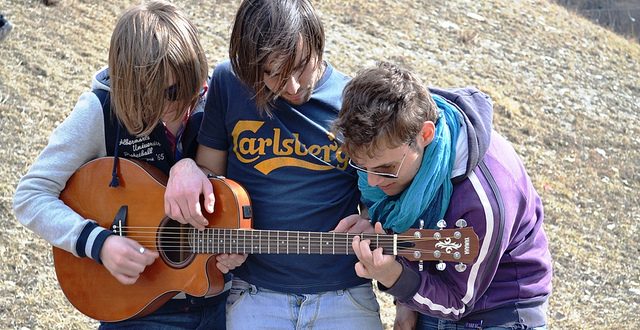 Showing up for our young people

Recently, I was grieved to hear about five teenage football players in Creston, Iowa who were photographed wearing KKK hoods with a burning cross and a Confederate flag, and who then shared that photo and video on social media.  Then, their football coach kicked them off the team, the harshest discipline that he could consider.

Then, I learned that the devastating fire that has consumed the Columbia River Gorge was started by teenagers — boys and girls — who threw a firecracker into the dry gorge, laughing when they did so, filming it, showing it to others on social media.  They are now being prosecuted for the enormous destruction of that fire.

Only a short time ago a 15-year-old boy went into Freeman High School and began shooting.  Now, tiny Rockford, Washington is reeling with the death of one boy, the suffering of the three wounded girls, the fear that this school shooting has caused.  What will happen to that 15-year-old?

We all have had different reactions to these events.  Some shake their heads, some worry about the lack of morals and values, some seek retribution, many are dumbfounded.

We can consider “what is wrong with kids today” until we are blue in the face.

We have to admit that it is our job, as adult human beings, to show our younger people how one lives in the world.

Don’t get me wrong.  There are loving families of every sort, and wonderful young people doing their best at being strong, loving human beings, growing up wonderful, creative, brave and kind.

But there is clearly suffering out there.

We don’t have time to shake our heads and judge others, rather, we need to be busy showing our young the path of peace, the path of care for all creation, the path of justice for all people. The path of courage, so they will speak up, stand up to their peers with the firecracker, or the ones with hoods and burning crosses.

If we are to end school shootings, end callous disregard for human dignity or the integrity of creation…we will have to do something beyond legislating guns, or prosecuting thoughtless teenagers who throw cherry bombs into a dry forest.

We have to show them, with our own lives.

We have to be people of kindness, and self-discipline, and courage.  We have to offer a listening ear,  model love and care and welcome, recognize the call of justice, and accept responsibility for life and beauty.

We have to model it, live it, show them.

Recently, I listened to Krista Tippet interview Junot Diaz, in her podcast, On Being.  Diaz was brilliant and moving as he spoke of the experience of blackness, and of hope.  He believes that memory can help sustain hope, memory and story.  The memories we have of people in our families and communities who have been strong, and brave, loving and true.  Their stories keep us going, their stories sustain our hope and our lives.

Let’s start telling those stories, and help our young, and healing our world.