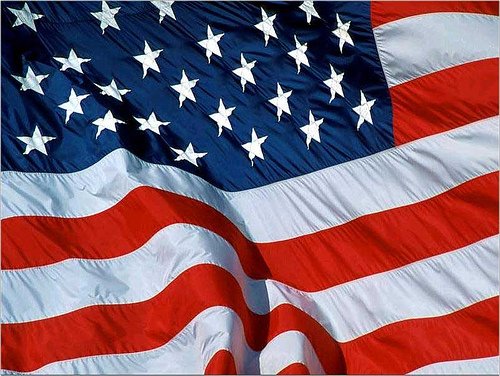 Should the American flag fly in worship space? 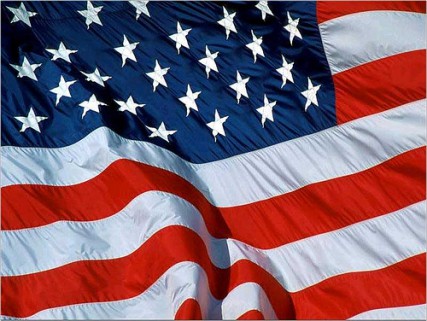 This week I’ve been in Canada and experienced their celebration of Canada Day. And as our own Independence Day approaches, I find myself reflecting on nationalism as well as the balance between a deep love of one’s country, and a rabid nationalism that confuses love of country with a religion that demonizes ‘the other.’

Recently people from one of my congregations expressed a strong desire to have the American and Christian flags flying in our worship space (the sanctuary). I have no idea why this issue suddenly came up. The flags have been peacefully flying in the entryway since before I came to this congregation five years ago. I had assumed that any issues around this had been put to rest long before that.

Let me be clear, I have a deep love for the American flag, and for my country, which it represents. I love the pomp and circumstance of presenting the flag at patriotic and community events. I especially love the presenting of the colors and hearing or singing the national anthem at baseball games. I have been known to tear up at such times. I’ve presided at funerals of veterans who are entitled to, and have had, an honor guard at their services. It is always a moving moment for me when the properly folded flag is presented to the surviving spouse, child or parent.

I learned proper flag etiquette as a young 4-H member: how to raise and lower it, how to display it, handle it, and fold it property. I learned it is never draped over something — it is to fly free. It should be raised at or after sunrise and lowered at or before sunset. If it is flown at night, it is to be illuminated. And it is never to be allowed to become faded or bedraggled. I find it ironic that many who consider themselves loyal flag partisans do not observe these rules. I’ve seen many flags that have obviously been flown 24/7 for years, through sun and rain, storms and calm — to the point where they are faded and the ends of the stripes are ragged. And yet their loyal owners are not caring enough to look after them properly.

And precisely because I deeply honor my country and its flag, I do not believe that it belongs in worship. In our place of worship we should have symbols of what we worship. We have the baptismal font — the symbol of our baptism into the life of faith. We have the table — the Lord’s Table — the symbol of the sacrament in which we come together as community to share in Christ’s presence in our lives. We have candles — symbols of the light of Christ in our world, in our lives. In some worship spaces, we have the pulpit, symbol of preaching and teaching the Word of God. These are all symbols that when we enter into worship, we are entering (however imperfectly) into the Kingdom of God — the realm where God’s vision for creation is honored, revealed, and to the best of our ability, lived out.

And I am clear that this is God’s realm,  not the realm of any earthly power or principality. The importance of this distinction has been laid out by Gregory Boyd much better than I could ever hope to say it. In his book, “The Myth of a Christian Nation: How the Quest for Political Power is Destroying the Church“, Boyd distinguishes between the “power over” way of earthly kingdoms and the “power under” of God’s Kingdom. Before you dismiss Boyd as one of Pastor Deb’s liberal, not quite Christian, thinkers, let me assure you that Boyd has impeccable credentials as a deeply faithful evangelical Christian. He is founder and senior pastor at Woodland Hills Church, St Paul Minnesota and founder of Christus Victor Ministries.

And Boyd makes the case that many Americans fail to distinguish between the Kingdom of God and some earthly political kingdom. He points out that earthly powers are ALWAYS, by their very nature about power over — preventing people from harming one another, and punishing them if they do; ordering the life of the nation so that we can live and work and raise families. Boyd is clear that this “power over” rule is necessary for our civil life. But it must not be confused with the Kingdom of God. Boyd makes the case that “taking America back for God” is misguided. Identifying the kingdom of God with America (or any other nation) is “idolatrous and …is having serious negative consequences for Christ’s church and for the advancement of God’s kingdom.”

When we allow ourselves to be caught up in worshiping a nation, or its symbols, we betray our faith, we compromise the true Kingdom of God, and we weaken our ministry. The mission of the church is to share God’s vision for a radically different way of being in relationship: love rather than power, sharing rather than greed, serving rather than ruling. Those of us who follow Christ have a precious gift to offer a broken and suffering world. The world needs our witness and our transforming work.

And I find it confusing to have the national symbol of my country (however deeply loved) flying during my time of worship of God and longing for the fullness of the reign of Christ in the world. That confusion is aggravated by the fact that U.S. law requires that, even in a place of worship, the American flag must be flown in the place of honor over any other flag. This produces the idolatry of the American flag being flown in a place of honor over the Christian flag as we purport to worship God above all else.

The compromise that we reached with my unhappy congregation was that we would commit civil disobedience. The congregation will have the two flags in worship. But the Christian flag will fly in the place of honor. I am still uncomfortable with the national symbol flying during our worship of God. But I can live with the act of civil disobedience that symbolically says it cannot have precedence over the Kingdom of God.

Previous Not just chess: Atheists are organizing high school clubs, too
Next Both my parents are of Protestant tradition but two different denominations

Plenty of people in the USA seem to already confuse our stars and stripes as a religious symbol. This is an affliction that is causing harm to many, and is based on falsehoods.

I agree. The USA was founded on freedom of religion, not on a single religion. That means it’s no more a Christian nation than it is a Muslim, or Jewish, or Buddhist, or Wiccan, or atheist nation. References to God in the Pledge of Allegiance and on the money are not specifically Christian, since many religions have a God. However, those statements aren’t consistent with the nation’s founding documents.

We have American and Episcopalian flags at church — a set in the entryway, and a smaller set that fly at the outdoor entrance on Sundays. They are not in the worship space except on special occasions — for instance, we did have them in the church on Sunday because of Independence Day. We also used prayers for the nation, and a national hymn, that day. But we don’t do that every week.

The OT has plenty of examples of the feelings of God about sharing any place or space with idolatry. I think flags are only appropriate in a church building in a mission sense, as representatives of nations of gospel work not as symbols of worship or pride. Caesar has his realm and God his…mixing the two has never worked out to well.

Thanks for this well written and informative discussion on the flag and the church!

The American flag is a symbol that our country is free. It represents all the men and women who fought and died to make our country that way. We might still be worshipping under the rules of the Church of England if they hadn’t. If you’re going to nitpick, under the laws of the OT wouldn’t the Christian flag also be an idol? I worship God, not a flag.

What a thoughtful and informative article. I could not agree more. Thanks Rev. Conklin