Should same-sex marriage be legalized in Washington?

Washington could be the seventh state (plus D.C.) to legalize same-sex marriage. The bill is moving steadily through the state legislature and is backed byGov. Chris Gregoire. Some religious groups are hoping to stall the bill, including the state's four Catholic bishops who are urging parishioners to contact their legislatures and “defend the current definition of marriage.”Other faith groups, like the United Church of Christ, are applauding the bill, proving that homosexuality remains a divisive issue among religious adherents. We asked some of our panelists what they thought. [polldaddy poll=”5891587″] Should Washington legalize same-sex marriage? 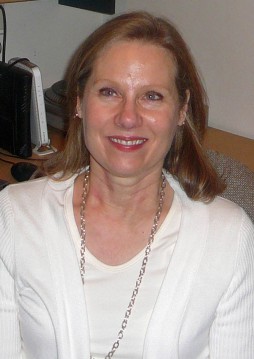 No. I believe marriage should continue to be defined as it traditionally has been, as betweenone man and one woman. Not because tradition in and of itself is holy, but because this particular tradition has valid and essential societal, religious and biological justifications.This definition denies some people something that they want very much and I take no pleasure in that, but I do not believe in changing valid, fundamental tenets that benefit society as a whole in order to relieve the pain of one segment of society and grant them their hearts' desire, as universal and understandable as that desire may be.Many people are denied the opportunities they want most in life; homosexuality is not the only reason some people are not able to marry. Infertility, disability, disease, injury and poverty are a few of the reasons many people don't get what they want most. I don't want to take away anyone's civil rights or opportunities to life, liberty and the pursuit of happiness and hope that individuals will take legal steps to insure their personal preferences are fulfilled — that they can own property with the partner of their choice, leave their money to whomever they please, have end-of-life decisions made by whomever they trust, etc. I am not a debater, philosopher or expert in any related area (“clearly,” someone is thinking right now.)It won't be hard for someone to point out my weaknesses of expression and take exception to my rationale and argue against it.But this is what I believe. – Diane Kipp 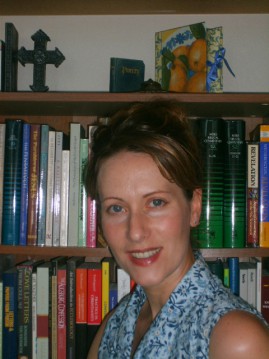 The question is complex, calling forth a political, theological and deeply personal reflection. The question also touches on a divisive issue. Those who oppose same-sex unions tend to oppose same-sex relationships in general. Any response on the subject can lead to labeling and cutting off one another (e.g., left, right, center, liberal, conservative, moderate, fundamentalist, etc.) based on what a person believes and says. There's a thought-provoking and comprehensive chapter called Concerning Homosexuality in “Who We Are: Our Dignity as Human,”by Paul K. Jewett with Marguerite Shuster. I point readers to it. With that said, it seems the crucial issue before us hinges on the word and institution and definition of “marriage.” I would like to change the question: Is there a way to legalize same-sex relationships without redefining traditional heterosexual marriage? It will take more time and creative thinking to establish something new for same-sex couples. Until then, I see only a deepening rift. – Lace Williams-Tinajero 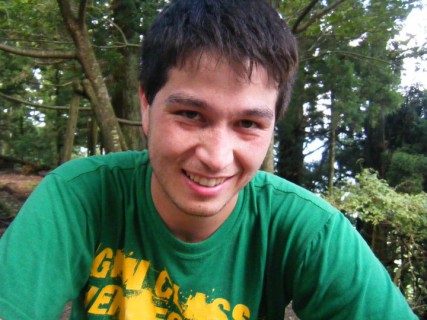 Buddhists do not believe in the concept of “sin” the way it exists in Western culture and in the Judeo-Christian mind.In Buddhism, actions are not inherently good or evil; rather it is that emotions and intentions are either positive or negative.Negative intentions beget suffering and positive intentions lessen suffering. Love is a positive emotion and the actions of love are positive actions.Buddhism has no specific restrictions that govern the activities of its practitioners. Buddhists have individual freedoms to make their own decisions regarding life choices.A practitioner of Buddhism should focus on the intentions and emotions behind their choices.Relationships, sex and even marriage can stem from both negative and positive intentions. That being said, I believe same-sex marriage should be legalized in Washington. I don't believe individuals should be denied the opportunity to make decisions that could potentially bring them happiness.Marriage is an expression of love two individuals make for themselves and each other.Who a person chooses to love is irrelevant from a Buddhist perspective. I hope people of other faiths and cultures can see and respect the perspectives of homosexual couples and be willing to extend to them the same rights and freedoms that heterosexual couples enjoy. – Pearce Fujiura 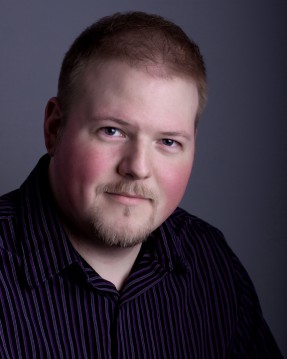 Same-sex marriagesshouldbe legal in Washington, as well as in the rest of the country. The primary outcry against such legislation tends to be religious in nature, and since we're discussing this topic on a website that deals with matters of religion, I'll assume we're trying to find out what various religions have to say about it. It frankly doesn't matter, however, as the simple answer is that any religiously—based argument against same-sex marriage in this country violates our constitutionally guaranteed separation of church and state. If heterosexual couples can enter into civil unions (andeverymarriage, even those performed by the church, are civil unions), then homosexual couples should be granted the same basic civil rights. We're talking about the laws that govern the state, not the rules that govern the church. The legislation wouldn't, and indeedcouldn't,force churches to perform wedding ceremonies for same-sex couples, or even toacknowledgesuch marriages as valid in the eyes of God. That's something the churches need to work out for themselves. If the religious really want to attempt to restrict the right of same-sex couples to marry, they're going to need to come up with something better than, “because God said so.” Which actually he didn't. But that's a discussion for another time. – Thomas J. Brown 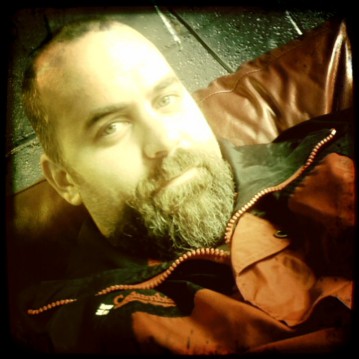 As a Untied States citizen exercising my freedom to vote according to my conscience, I would vote…no. But the question is presented in a manner that asks if we think Washington 'should' legalize same-sex marriage. As soon as we enter the realm of 'should' it becomes a very different discussion. For most people determining what one 'should or shouldn't do' becomes a discussion of the legislation's legality based on the constitutionality of the law as well as a discussion of the ethical and religious aspects of the law. The challenge of differentiating between these two spheres in American culture is at the root of so much of the debate, dissent and confusion on this subject. I think religious America has to come to terms with the reality that the two have been wed together in ways that have been culturally accepted and even desired by the majority but have not been true to the intent of the constitution in outworking specific matters of separation between church and state. The growing secularization of the country as viewed by many religious people is, for some people, simply the rebalancing of our country's application of constitutional law. What kind of America all this produces is deeply problematic to those who orient their public and private lives from a Judea-Christian worldview. For others this is seen as an expansion of civil liberties, blossoming of greater equality and justice and an end to the dominant conservative religious framework in place in many of our American institutions. I see the divide between secular and sacred increasing and producing accompanying means and measures to express and celebrate whichever worldview one holds. Some will welcome this change, other's will not. – Pastor Eric Blauer 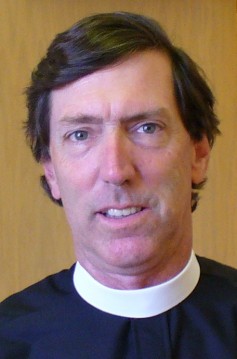 Marriage is an institution with both legal and spiritual ramifications and it is also one of the very few places, perhaps the only place, left in society in which ordained ministers function as officers of the state in certifying that a valid and legal marriage has occurred. That creates confusion around the question of legalizing same-sex marriage because it is both a theological and a legal issue. As we all know opinions vary about the theological dimensions of this question and the bible gets quoted rather liberally on both sides of the issue. My personal opinion, and this opinion does not necessarily represent the views of the management, is that the bible is completely silent on the modern question of two people falling in love and wanting to spend the rest of their lives together who happen to be of the same sex. The assumption of all the writers of scripture was in complete accord with the standard thinking of the day: all men like women, and all women like men, and therefore to engage in sexual intimacy with a person of the same sex is to go against your own nature. Every biblical text cited on this question makes this assumption, an assumption we now know is simply not true. Sexual orientation is not so simple as we once thought and our theological thinking needs to evolve on this issue, as it has evolved on other questions. Men really can fall in love with men, and women with women. People of the same sex really do devote themselves to each other for “as long as both shall live.” More than that, common sense, and universal experience, tells us that marriage is mostly not about sex and to focus the question of marriage around sex distorts both the institution and that particular form of intimacy. At the theological level therefore I am in favor of same-sex marriage. However, I believe it would be a serious violation of the freedom of religion to compel any church, or its ministers, to solemnize such unions. There are people, indeed whole denominations, who stand in serious disagreement with my thoughts on this and on no account should the state structure any resolution of this question in a manner that creates ambiguity about the freedom of a minister to refuse to act as an officer of the state. A religious official has a freedom that a justice of the peace does not have, the freedom to refuse for any or no reason, to officiate at a wedding. That freedom must be preserved. On the legal and social side of the issue the question, in my opinion, is more straightforward. The state has no business telling two competent people of legal age who love each other and intend to spend the rest of their lives together, that they may not get married and thus enjoy the host of legal benefits that accrue to marriage. It is a question of civil rights and of equal protection under the law. Indeed, just as the state has a positive interest in protecting opposite sex marriage, so too does the state have a positive interest in protecting same sex marriage. I truly hope that this question can be resolved state by state, rather than by judicial decree, as was the case with Roe v. Wade. – Rev. Bill Ellis