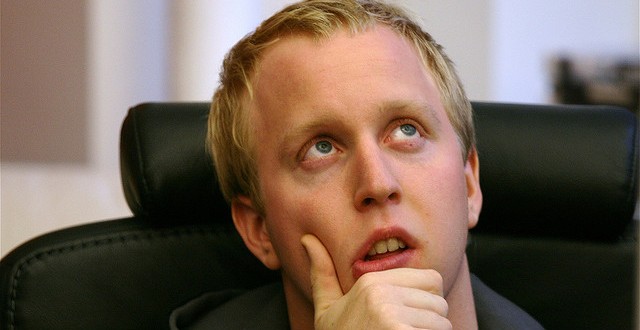 Should People Ever Question Their Religious Beliefs?

The answer usually is “yes” in relation to those who do not believe as we do.

But, despite our best intentions, rarely is the answer “yes,” when it comes to our own beliefs because, most often, our religious beliefs are so deeply linked with unconscious and conscious emotional and psychological matrix of our reality that it cannot suffer the perceived threat of questioning.

Are there certain areas of our lives that we should never give deep consideration to or question —such as our beliefs or religion?

I have a long-standing belief that recently I have been questioning. It happens to be my most cherished belief, and it distresses me when I think of letting it go.

It’s a common belief; one I think many of us struggle with maintaining the entirety of our lives.

People, for the most part, have the ability to be real “change agents” in the world. Lights unto the world, so to speak.

Despite the seemingly non-stop onslaught of humanities ignoble actions, I still believe that the majority of people have real love for others, so much love, that they are capable of seeing the truthfulness in questioning and changing beliefs that prove to be diminishing, oppressive or abusive.

But lately, I have questioned my belief; fully realizing that we all, including myself, have areas of our individual realities that are more closed off than others. In my own scrutiny of myself, I have repeatedly, to my chagrin, confirmed the saying; there is nothing more impenetrable than a closed mind.

Where did we get our beliefs, our religious truth?

Was it from our exhaustively searching through the multitude of possibilities for ourselves, finding, or being guided to that which resonated for us; was it confirmed by our experience, or the experiences and consensus of others?

How much influence do you think our cultural and familial histories had on shaping our religious truth, our beliefs?

Say for instance, if your family history and cultural history occurred in Thailand, Cambodia or Afghanistan, Iran, or the Arabian Peninsula — what is the likelihood of your religion and belief system being Christianity?

Beliefs of Self and God

For millennia, many religious leaders have taught that all humans are sinful, fallen, or bad. Even though the saving message of Jesus is also taught, many times sincere Christians, (children and adults) internalize feelings of being evil and inadequate, creating a severe negative self-image and worldview, one they might not even be aware of.

In addition, many have been taught that deeply considering ones religion with questions is a dangerous sin called “independent thought.”

Because of teachings such as these, believers end up truncating their sense of Self and in my opinion their definition of God and how She or He is actively reflected by their lives.

Service To The Self Is Not Selfish 0r Sinful

Just the opposite, service to the Self, is loving — not only to us but also to everyone we meet. It is an invitation for increased consciousness and enlarged being.

We can be open to experiencing the divine manifested and expressed in a multitude of different ways and with greater dimension than before. At the same time, we are able to be more loving, accepting, and expressive with ourselves.

This is not a service to the ego, but to what wishes to live through us. I believe that enlarged being is what we are called to bring into this world, contribute to our society and our families, and share with others.

But the powerful messages we have all received about ourselves, the world; the power of all of these primal formative experiences has deeply influenced the programming of our sense of self, our sense of the world “out there,” and how we relate to it, as well as, how we actively reflect Gods qualities in our lives — humanities nobler qualities.

Which leads to the question: “What human qualities would you attribute to God?”

Would you agree that God has the very human qualities of Love – Forgiveness – Patience – Acceptance – Jealousy – Condemnation – Closed Mindedness and Exclusivity?

How immensely different do you think the world and everyone’s life would be if religious leaders, or we ourselves throughout history, had interpreted God, not with small primal human qualities, but rather as God really is —far beyond succumbing to the imperfect human qualities we endeavor to transcend, and infinitely surpassing all of our noblest virtues.