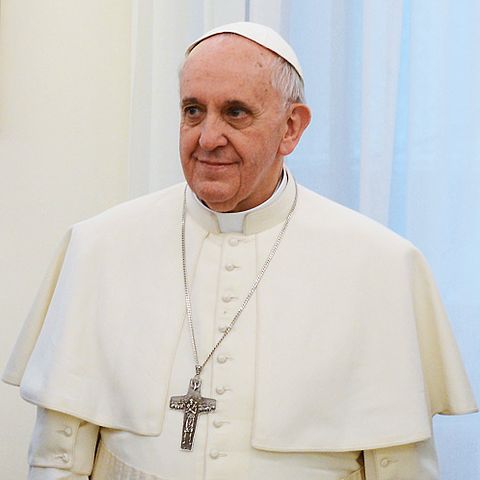 Several days ago, I read an article in which Pope Francis “declared that everyone was redeemed through Jesus, including atheists.” I clearly expected much backlash as his statements are bold (to say the least) and have the power to rock the foundations of both Roman Catholicism and enrage those who believe Jesus to be the sole way to God. And, honestly, I can understand and appreciate those points of view. I believe, though, that the pope is probably referring to Matthew 25:31-46 — Jesus’ story of the sheep and the goats.

But I can also understand the pope’s statements and recognize the power of Jesus’ story. Additionally, I have come across many people who let the story of the sheep and the goats fall through the cracks or, worse, do not know the story at all.

This is dangerous.Let me explain.

Another recent “controversy” has been over statements made by Bart Ehrman, a scholar and theologian who is very open about his own agnosticism. He is often criticized because he refers to the need of God to participate in simple logic. I would venture to guess that many people take issue mainly with the fact that it would require “simple” logic. And, while I agree that no aspect of God can be simple or attainable (consider the theology of Paul Tillich — the theologian that I most admire and follow), I believe that God must, in some form, be attainable. If God were not attainable, could we sufficiently relate to God?

The result is that, while God is unattainable, God is relatable. And, if we are made in the image of God (and God is relatable), then God must use logic. It is not necessarily logic that we are able to fully understand, but there must be logic.

So, while humanity may not be able to comprehend God’s logic or understand God’s mind, there are ways in which are able to relate to God. All of that is to say that the statements of Pope Francis, from my standpoint, do not fly in the face of God’s sovereignty. Rather, his statements are reflective of the notion and idea that God is the ultimate. God is able to recognize the intentions of one’s heart and not simply the words of the mouth. This is what makes God God. This is what makes God capable of logic and relatedness, but also what gives God the ability to discern beyond human understanding or human logic.

My final thought, then, is that humanity does not need to give God the capability to act omnipotently (God already has that capability), but humanity rather needs to recognize its own limitations in understanding and simply be awed by the power of God to relate and use God’s own logic whether or not it makes sense.

Previous Coffee Talk: Angry at God
Next ‘Nuns on the Bus’ kick off immigration tour