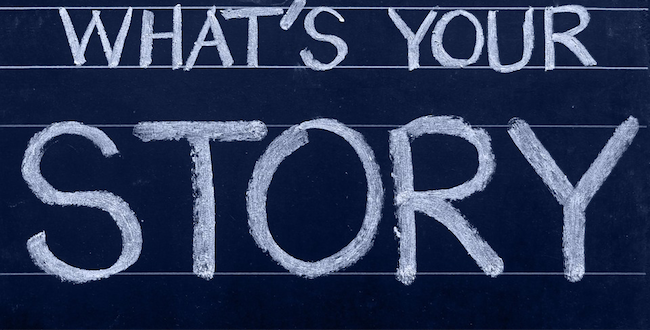 Sharing stories allows us to really know others

Last month I shared part of my story with you and the response was wonderfully overwhelming.

Stories are powerful. They have the ability to destroy illicit assumptions and ignite understanding. That’s why I made the decision to become a religion reporter.

In high school my family lived next door to a Hindu family. They were unfamiliar and mysterious, which to me was beautiful. What I was taught by my mom, stepdad and faith community, though, was that my Hindu neighbors were lost, spiritually. They were wrong and weird and ill-fated. Sometimes they were even made fun of in our home.

Confused, I steered clear of them and missed an opportunity. If I – if we – had sought out their story, we could have learned about the cultural diversity of India, about Hinduism’s Supreme God. We could have heard about their journey to the states and what it’s like to be an immigrant here.

That missed chance has always haunted me and so I’ve tried to make up by making a career out of sharing people’s stories, and sharing people’s faith stories in particular. Oftentimes we tend to identify people by their belief system: evangelical, Muslim, Catholic, Jewish, etc. Because religion is peculiar and too often schismatic, identifying people this way creates a barrier between us and them.

Labeling people by a religion, or any other designation (gay, straight, old, conservative, liberal), prevents us from truly getting to know them.

Regardless of where you stand on the LGBT issue, there’s no denying that TRANSform Washington realizes that stories humanize. They introduce us to people in our state we might not otherwise get to know, let alone begin to understand. Like Amy, a trans woman who came out in her 70s and opened a bungalow on the West Side for people like her who needed a safe place to go.

The 2010 “I’m a Mormon” campaign did the same thing. It was an attempt to counter LDS stereotypes by featuring the personal stories of so many of the Mormons who make up the tapestry of this country: a mayor, an immigrant, a fashion designer, an Iraq War veteran, etc.

Storytelling campaigns like these make a difference. I believe that’s why, in part, Referendum 74 passed in our state in 2012. Washington United for Marriage did a great job introducing us to gay and lesbian people here, as well as LGBT families and allies.

It seems we’ve seen an uptick in hate expression lately: vandalism, slurs, detestable social media posts, and recently gunshots into a Spokane home. We have a long way to go to fix this, but stories can help.

Not only do we need to seek to understand one another, we need to seek to be understood. We all should take the time to hear the stories of those who are different from us. We should also share our own stories. Both are vulnerable and unnerving, but I can’t expect to know your truth if I’m not willing to share my own.

Anthony de Mello was a Jesuit priest and an author. I find strength in his words when I’m scared to reveal my own story, or fear I’m not ready to hear someone else’s. He once said, “The shortest distance between truth and a human being is a story.”

Even if I don’t agree with you, I want to see you as a human being. I want to know, respect and understand you the best I can. So let’s swap stories, and make this town a little smaller.