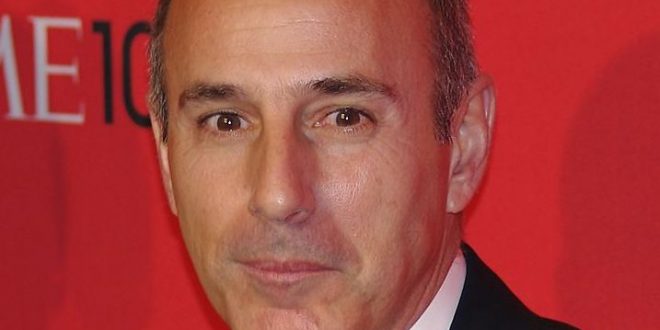 Sexual abuse and the intentional inaction

Recently, we learned that two more famous men had been fired from their jobs after accusations of sexual misconduct. This time around, the men in question were the Today Show anchor Matt Lauer and the writer and longtime Prairie Home Companion host, Garrison Keillor.

In light of these accusations – and in light of the many, similar accusations that preceded them over the past few months – the New York Times writer Jim Rutenberg wrote a good article with a problematic title. Rutenberg’s article is called A Failure of the Network News Star System.

The article is good because it begins to detail the ways in which senior management in one organization after another neglected or ignored or quietly pardoned the behavior of the famous men in their midst. The article’s title is problematic because, at least to my ear, it implies that management had a plan but that they failed to adhere to it.

My contention is a different one: neglecting or ignoring or pardoning the behavior of the famous men in their midst was senior management’s plan.

In other words, the title of Rutenberg’s article is only half correct. While the senior managers’ actions and inactions unequivocally represent a failure of a moral kind, their behavior in no way represents a failure of the star system. To the contrary – and here I will borrow an argument from those who teach us about racism – senior management’s actions and inactions stand as evidence that the star system was working exactly as designed.

I don’t know if you have ever worked in a hierarchical organization with a star – typically a male star – at its apex. I’m not necessarily talking about show business, although that is the context that I know best; such hierarchies exist in start-ups that are built around a founder who is identified as a genius and in hospitals in which a surgeon is anointed as a savior.

I remember vividly my time in such an organization.

This was back in the days when I was working in the performing arts. And I wasn’t with a particular organization for all that long before I understood that a different set of rules applied to its most famous employee, that he was something like modern-day royalty, something like a god. When The Star showed up 45 minutes late for rehearsal, the whole company just waited for him – there was no reprimand or comment when, at long last, he walked in the door. When The Star showed up with booze on his breath, my colleagues and I were diligent about not noticing.

And when the day came that I was alone with The Star in his dressing room and he directed at me what I can only describe as a temper tantrum (The Star was at least the age that I am now, but the fire hose of his rage was quite indistinguishable from that of a toddler), I knew that I would be complaining to no one about his behavior.

And then he demanded that I apologize to him.

I understood immediately that saying “I’m sorry” was a condition of keeping my job.

Almost two decades later, I feel a surge of anger and humiliation when I remember the apology that The Star forced from my mouth.

I don’t want to suggest that I know what it is like to endure sexual exploitation, to endure sexual violence. I do not. As much as I resented – as much as I resent still – The Star’s behavior on that day in his dressing room, there was nothing sexual about his actions, I was never afraid that he would violate me in some way. What I do want to suggest is that I know from personal and painful experience how a star system functions. Had The Star behaved in a sexually exploitative manner with me or, on some other occasion, with one of my colleagues, I have no reason to doubt that the star system would have functioned exactly as it had functioned in every other instance up until then, exactly as it was designed to function. It would have protected him.

If we are inclined to feel any kind of sympathy for Matt Lauer and for those like him (and maybe talking about sympathy is wildly premature, maybe right now Lauer and company deserve nothing less or more than our anger), we might do so by acknowledging that the star system comes at a huge cost not just to those within its hierarchy but to the star himself. Because it seems to me that if we set out with the goal of damaging someone’s soul, of bending their very humanity, then continually insulating them from the consequences of their actions would be a pretty good way of doing that.

What Matt Lauer and the many powerful men like him are alleged to have done is wrong. Such actions, to risk using some thoroughly old-fashioned language, are evil. But there is a second layer to the evil, the layer in which these men are aided and abetted by a star system whose rules (never mind that the rules are written down nowhere in an employee manual or handbook; they are inviolable nonetheless) proclaim clearly and unequivocally that evil is pardonable when it is done by them.

A star system is a variation on the Stanford Prison Experiment, in which the star is the prison guard.

[God] has brought down the powerful from their thrones,

and lifted up the lowly

If there is good news in the painful headlines of this time, it is that Mary’s words are coming true. May they continue to come true. May the mighty continue to fall, not just for the sake of those who suffer within star systems, but the sake of the souls of the men who have sat for far, far too long upon those systems’ thrones.

Previous All invited to Sharing the Dharma Day and vigil for victims of gun violence, Dec. 10
Next Baroque Christmas in Spokane’s Oldest Church