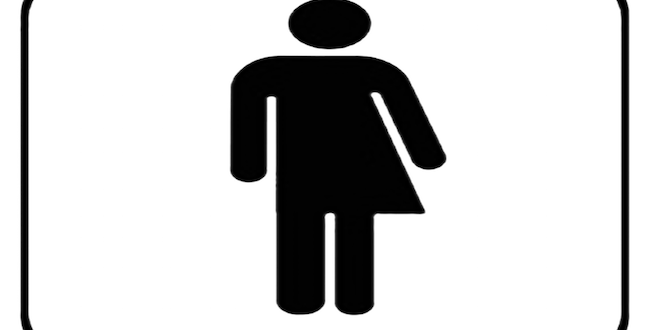 Sexual, gender minorities are a part of God’s creation

At first glance, the creation of the universe is filled with major contrasts: light and dark, night and day, sky and earth, land and sea, men and women. Genesis 1:27 says:

So God created mankind in his own image,

in the image of God he created them,

male and female he created them.

Christians often interpret this to mean, “male and female only he created them.”

There are a couple of flaws with this interpretation. Male/female is one of the apparent dichotomies of creation listed in Genesis, but, as The Reformation Project states, “It’s true that God created ‘male and female.’ But God also created night and day (Genesis 1:3) – and that doesn’t mean he didn’t make dawn and dusk, too. In fact, dawn and dusk are widely seen as the most beautiful times of day.” God’s creation is filled with diversity and nuance. Not only is there sky and earth, but the earth is composed of layers of different rocks and minerals and the sky is composed of layers of atmosphere. Plants come in many varieties as do animals of the land, sea, and sky. Humanity and gender are certainly not exempt from God’s creativity.

As we saw in Genesis 1:27, “God created mankind in his own image,” and that includes all of us. That includes the intersex individuals that God knit together in their mothers’ wombs (Psalm 139:13). Some people are born with genitalia, reproductive organs, and/or chromosomal patterns that don’t fully resemble male or female organs. This frightens some parents and medical professionals, making them feel a need to operate and give these infants clearly defined genitalia. But God doesn’t make mistakes when creating his children. Intersex individuals are created and beloved by God, and interfering with their bodies when they cannot consent is potentially incredibly psychologically dangerous. In others, a spectrum of gender expression exists, and individuals who identify as transgender, gender-fluid, bigender, agender, gender-non-conforming or any other gender identity are as much a reflection of God’s image as those who fit into typical binary gender roles.

Sexual and gender minorities are part of God’s plan for creation. In Acts 8 we read the story of Philip who met an Ethiopian eunuch on the road to Gaza. The law states in Deuteronomy 23:1 that no one whose testicles have been cut off may join the assembly of the LORD, yet God sends Philip to this eunuch who is reading from the prophet Isaiah. We know he reads a passage about the coming Messiah, but I wonder if he had also reads Isaiah 56:

To the eunuchs who keep my Sabbaths,
who choose what pleases me
and hold fast to my covenant—
to them I will give within my temple and its walls
a memorial and a name
better than sons and daughters;
I will give them an everlasting name
that will endure forever. (vv. 4-5)

God sends Philip to baptize a sexual minority who, according to tradition, cannot enter into God’s temple. Yet, God calls this man to himself and promises him a name within his temple. Reverend Naida Bolz-Weber suggests that this story is just as much about the conversion of Philip as it is about the conversion of the Ethiopian eunuch – the eunuch is baptized and dedicates himself to Jesus, and Philip is reminded of the far reach of God’s creation and love and what it truly means to follow Jesus. Bolz-Weber suggests in her book Pastrix that Christians who think they’ve got it figured out and whose love reaches far enough already need to hear the question asked of Philip on that road: “here is water in the desert, so what is to keep me, the eunuch, from being baptized?” (p. 94).

God created us male and female and everything in between and beyond. Our job as Christ’s followers is not to determine what is or is not a “legitimate” sex or gender, but to love every person God places in our path.

Previous Teen and Kid Closet provides stylish clothes for homeless, those in foster care
Next For many South Korean Christians, reunification with the North is a religious goal