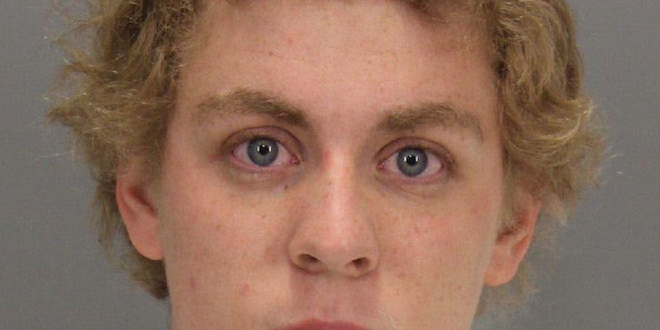 The letter written by the victim of a sexual assault by Brock Allen Turner on Stanford University campus, has to be one of the most raw, vulnerable and courageous letters I have ever read.
Commenting on it or the issues surrounding the assault almost seems irresponsible in light of the deep horror and drama involved. In some ways, I think our country should read, listen and mourn before the cultural commentary ignites.
“This is what the LORD says ‘A cry is heard in Ramah–deep anguish and bitter weeping. Rachel weeps for her children, refusing to be comforted–for her children are gone,’” Jeremiah 31:15.
But the loss of innocence, the shock of violation, the anguish of wisdom born out of trauma by a woman standing in defiance of the young man and the act done to her must move and mobilize us. Reading her letter exposes a side of our culture and the justice system that can’t be allowed to get lost in the feed of new news.
Vice President Joe Biden wrote a deeply moving letter to her that anyone of any party would agree is a clarion call to work to educate, protect and provide communities and universities with more safety and humanity than they possess at this time.

“You were failed by a culture on our college campuses where one in five women is sexually assaulted—year after year after year…The statistics on college sexual assault haven’t gone down in the past two decades. It’s obscene, and it’s a failure that lies at all our feet. And you were failed by anyone who dared to question this one clear and simple truth: Sex without consent is rape. Period. It is a crime.”

-Vice President Joe Biden (author of the 1994 Violence Against Women Act in the U.S. Senate.)
One in five women is sexually assaulted — year after year after year.
These tragic crimes are happening on our college campuses at an alarming rate. We must examine and confront the crumbling hedges of protection that we are seeing disappear in our communities.
Our Vice President also said the most important truth:  “Sex without consent is rape. Period. It is a crime.”
But after he also said: “Our culture is still so broken.”
I agree.
The bible warns of this moral rot and that we will face a future with more atrocities like these against our beloved children, family and friends if we don’t repent and change.
“And know this: in the last days, times will be hard. You see, the world will be filled with narcissistic, money-grubbing, pretentious, arrogant, and abusive people. They will rebel against their parents and will be ungrateful, unholy, uncaring, coldhearted, accusing, without restraint, savage, and haters of anything good. Expect them to be treacherous, reckless, swollen with self-importance, and given to loving pleasure more than they love God,” 2 Timothy 3:1-4
When I read that the judge sentenced this man to less than six months in jail, I am thankful that God has set a day to judge the living and the dead according to the deeds they did in the body (2 Cor. 5:10).
“The sins of some are obvious, reaching the place of judgment ahead of them; the sins of others trail behind them,” -1 Timothy 5:24.
Justice will be served and that which is broken will someday be fully restored.
“He will wipe away every tear from their eyes, and death shall be no more, neither shall there be mourning, nor crying, nor pain anymore, for the former things have passed away.” And he who was seated on the throne said, “Behold, I am making all things new.” Also he said, “Write this down, for these words are trustworthy and true,” Revelations 21:4-5
Until then…I weep and warn.