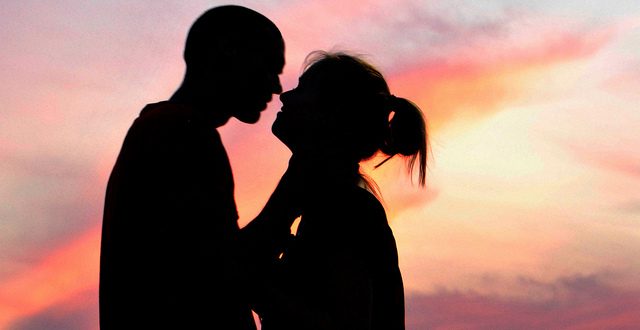 Sex: a metaphor for knowing God

Skin… is sacred, deserving of praise. This is true, especially true, when skin meets skin, in sacramental sex, and temple commingles with temple. Not an easy thing for us to accept. It seems too earthy to be spiritual. Consequently we generally lack the courage to accept a theology of sexuality that is earthy enough to do justice to how shockingly physical the incarnation really is. In sacramental sex there is eucharist, just as in eucharist, God enters, caresses, and kisses human skin.

A few days ago, while leafing through one of Portland’s weekly newspapers, I came across an advertisement for a burlesque show. The advertisement featured an image of two young women, both of whom were dressed (and forgive me in advance if this is vulgar) as what I can only call Sexy Nuns: their costumes were raunchy caricatures of a nun’s habit. The two young women’s hands were clasped in front of them, as though in prayer, and the expressions on their faces suggested a mixture of longing and anxious piety.

Because the theater at which I used to work hosted several burlesque shows (at least half of which included Sexy Nuns – I guess it’s a go-to trope in that genre), I have a pretty good guess as to how the two women from the advertisement will feature in the upcoming performance. We will spend some time with them in the convent, where the not-yet Sexy Nuns are living lives of repression and (because it’s a burlesque show) unspoken erotic tension. Shortly thereafter, some accident of fate will result in the nuns encountering a group of barely-dressed libertines. The nuns’ mother superior will be scandalized and appalled by the libertines’ behavior, but the younger sisters will be drawn in. And they soon will discover that the libertines represent freedom from the oppression of the convent. Thus, the nuns will join the libertines, and their transformation into Sexy Nuns will be complete.

Perhaps because of my job, perhaps simply because of my faith, I have become something of an amateur anthropologist; my area of study is the way in which Christian ideas and imagery appear in popular culture. And so I am fascinated by Sexy Nuns. Or more accurately, I am fascinated by what they have to tell us about our culture’s understanding of what it means to follow Jesus.

The message of the Sexy Nun couldn’t be much clearer: Christianity is profoundly afraid of the body and of human sexuality in particular, and so finding freedom and agency and joy necessitates escaping from the shackles of faith.

Now, in fairness to all of the burlesque performers who are building nun costumes at their sewing machines right now, the church has done a lot over the last few centuries to promote the very assumptions on which the Sexy Nun is predicated. We can’t really blame folks for concluding that saying yes to Jesus also means saying yes to a repressed, embittered, smug, and inflexible understanding of sexual morality.

These days, it is possible to go a long time without meeting a nun — gone are the days when nun-sightings were standard in hospitals and in schools. I was probably 35 when I met a nun for the first time. And I was immediately struck not only by the fact that she was wearing street clothes (unlike Sexy Nuns, many regular nuns don’t wear habits) but also by her profound calm and compassion and happiness. Nothing I could see suggested to me that she was living a life of repression. I’ve subsequently had similar experiences meeting other nuns: several of them are among the most radiantly joyous people that I have ever encountered. Everything about these women’s manner suggests that they are in deep conversation with God, that they have found the deepest kind of freedom. These nuns’ way of being in the world illustrates what the mystics are getting at when they liken their relationship to God to lovemaking.

The problem with the trope of the Sexy Nun isn’t that it goes too far. The problem is that it doesn’t go far enough. Sex really is a fitting metaphor for knowing God. Not the superficial, tittering sexuality of the Sexy Nun, but the kind of sex that a couple sometimes discovers only after years together: sex which is predicated on mutual love, on mutual vulnerability, or mutual freedom, on mutual joy. Sex which, for all the world, looks like communion.