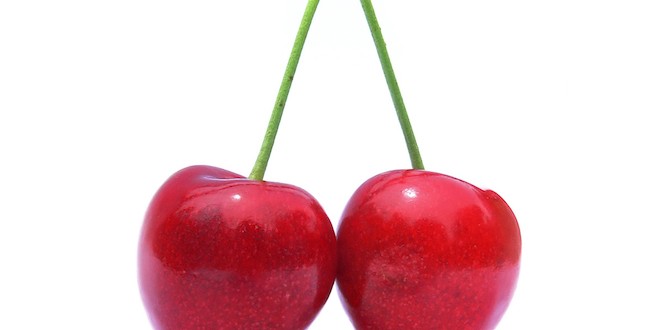 Why cherry picking leads to mistakes

Recently in the SpokaneFAV’s web conversations there have been a number of comments posted, most using a peculiar and often rather flawed method of justification. I do not exempt myself from this criticism. I have seen, in particular, numerous references to sacred Scriptures, usually the Christian Bible, and references to tradition; these are both calls to authority. However, there is very little use of scientific historical method, linguistics, or sociology and anthropology. The use of text and tradition has dignified history, and I do not say these sources should be ignored. After all, they are one leg of the Methodist quadrilateral. I find these authoritative sources as pointing to possible true interpretations, but I reject them as any proof. We must be aware of them, but we are not serving God by restricting ourselves to them. That is called cherry picking, and I know first hand what happens when I eat only one, or too many, cherries.

This reliance on the use of authority, thoroughly and convincingly critiqued for the past 400 years, is disheartening, especially after the call for more responsibility that we heard clearly a couple of months ago at a Coffee Talk. It is disheartening also because those who have resorted to it have often been trained in theology and biblical history and are very talented writers.

While I value my Disciples of Christ adherence very much, I do not credit the truths that it tells me over what I have learned through my other experiences — of different religions, spiritual work, meditations, and searches through the sources of the masters. That does not negate in any way my realization that, if my work is to prosper, I must have a thorough knowledge of the background and context of the sources, a thorough appreciation of how my brain processes meaning (linguistics), and an understanding of my own cultural and personal biases. Is my understanding limited to white, male, Euro-MeriKan understandings, or my need to avoid punishment and cultivate only acceptance and positive feelings? Can I be responsible, scientific, poetic, and take the heat? 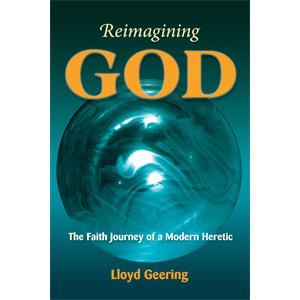 What I write in the following posts will be mainly concerned with my reading of Lloyd Geering’s current works “Reimagining God” and “From the Big Band to God,” as well as Don Cupitt’s “Taking Leave of God.”  These are three works that summarize well the best of modern religious argument. I will also engage with “Fabricating Faith” by Richard Hagenston and “The Once and Future Scriptures: Exploring the Role of the Bible in the Contemporary Church,” edited by Gregory Jenks. Hagenston’s book presents a very readable history of the move from metaphysical to scientific explanation that has occurred over the last 200 years, and that have driven us from focusing on the divinity of Jesus to focusing on his humanity. I highly recommend these books, which present the most recent developments in evidence-based (rather than opinion-based) discussions in religion.

Although I have trained in a variety of schools, orthodox as well as heretic, I value that which is suitable in all schools as something worthy of consideration. My own personal biases have been toward peace and justice, and I find myself on the side of those who are marginalized by the powers and principalities of their respective cultures. I am an associate member of the Westar Institute of the Jesus Seminar, and early on (in the early ‘60s) had conversations with Bob Funk, who was a friend of my father-in-law, and who founded the seminars. I go to their twice-yearly meetings, where 300 or so scholars meet and argue extensively many questions about early Christianity, from the role of women to alternative gospels, and from ancient synagogue frescoes to fine points in linguistics and historiography. A minor amount of the discussion is about fine points concerning what Jesus said, and they use the best argument and discussion tactics to evaluation each decision. There is never unanimity, only occasional consensus. I have heard very direct statements, with a follow-up of explanatory conversation and friendship. That directness, done among scholars who are used to it, is valuable because they are responsible with following up, something I find not so prevalent in SFAV’s discussions. Hey, friends, we are often presenting ideas in an intellectual environment, and thus inviting comment—not partying at an after-hours social. I’m here to learn and be tested. So please argue with me, and listen and reply with your ideas about mine. I’ll be less acrimonious. Some of my following comments will be redundant, but belong early in the discussion.

Can we pretend God gave us only part of the Bible?

A recent discussion regarding what Jesus would say or do about ISIS got bogged down, because the conversation became focused with just one of several traditions of what God is like. This limited the examples to only those that upheld one bias — that God permitted violence and used it himself (sic). Many passages were ignored, such as the ones where God says that violence is not to be used, and that peaceful means are the only good ones. Now, I believe that neither are the direct and unchangeable word of God — whatever that means — but are in fact statements by very thoughtful intellects from a variety of cultures written in widely divergent times. All are worthy of consideration, and all merit an understanding of their context: who were the writers, who their audience, for what purposes did they write? Nothing can be said with exactitude, but a lot may be reasonably concluded with what we know about those times and what we can glean from the statements of other writers, as well as a knowledge of what use their works were put to. The discussants quoted mainly from the priestly tradition, which was written by the priestly tribe and their cults. They wanted to keep control over the industry that funded them: blood sacrifices at the temple. It was moderately influential and was key to Rome’s control plan for their Israeli colony. It was also very offensive to Jesus — so much so that he committed the revolutionary act of chasing them from the Temple. Paul, the first writer in the New Testament, was heavily influenced by this tradition, and used their arguments in his book. Ignored were the J and E traditions that make up most of the Torah and which portray God as a very forgiving, peaceful god. I like this view of God best, but can’t say it is the only one. I shall never use it to put down anyone who wants to bomb suspected ISIS gatherings, killing innocents and recruiting more adherents to ISIS’s bloody ranks, but I will hold it up to them as a good tradition that they need to consider as true as any other portrayal in the literature. If one bit of religious writing is true, why not others? And if they are not all true, then how does one decide which ones to believe? I accept the sayings of Confucius, as well as the Coyote tales of our predecessors on the same level: they are our ideas of what the forces are like.

Thus, with selective reading of our holy works and the cherry picking used to support what we want, many mistakes can be made. The worst is perhaps that such a habit severely limits our imagination and our solutions to problems, and horribly restricts us to solutions that often result in much more suffering and death than is needed. And that, I will say, is not what God wants.  This habit also, in my opinion, leads to idolatry, the elevating to the status of divine action a belief in one’s own cultural proclivities. This is not church, not the new kingdom, and certainly not what Jesus told us to do. I won’t quote the Bible here, because I suspect the readers know exactly what I’m talking about, even if they are hesitant to admit it publicly. They may also have better arguments for their view.

This brings me to the next topic relevant here: the turning away from the human Jesus to a notion of a divine Jesus, one who ignores the human to impose a rigid and limited view of what we should believe and therefore do. This will take us to the problem of resurrection, which is not much of a problem for many Christians, especially the early ones and the demythologized ones of today. Thank you, Bultmann.

Pardon me, please, for the serial presentation, but several people have asked me for more, and there are many subjects to comment on and many writers who often contribute. Finally, I am leading up to my big question: if we can no longer hold on to the medieval conceptions of God, then what are the images that are closer to our modern view of the world and how it works? I suggest two sources: the first, the great writings concerning democracy and equality, and the second, the many beautiful works about evolution and nature. All the religions and all faiths can chip in, even photographically.