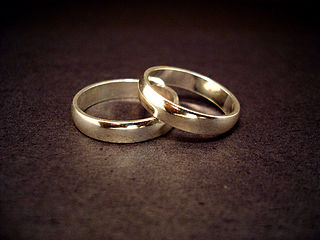 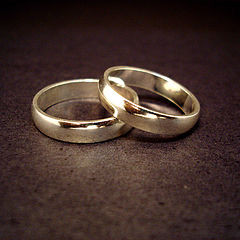 She had bottled her fears for so long that giving them life by naming or sharing them felt like a betrayal. Not just a betrayal to herself, her kids and her marriage, but more so to her hopes and dreams. The idea of leaving overwhelmed her with debilitating grief, yet the thought of staying made her physically ill. Feeling caught in a no-win situation, she didn’t know what to do or where to turn. She was beginning to shut down and sink into an immobilizing abyss of fear. Late that night she called her friend, who 17 years prior, had trudged a similar path.

“It will be OK. You will be OK. This doesn’t mean you will get divorced, it just means you need time and space to figure things out. And you need to be committed to a healthy environment whatever that looks like.”

She took a deep breath of relief, allowing herself a moment to push away the waves of panic and simply be.

I know from experience that morning will come and she will feel better, even if only a little bit. But that doesn’t mean the problems will disappear. In reality the work has just started… and it isn’t easy. Whether uncovering and healing unresolved issues that can plague a marriage like malignant tumors, or deciding to move forward and sever the marital bonds, the process can be gut wrenching. They are just different paths, yet one must be chosen if emotional, mental and spiritual health is a priority.

Leaving your spouse, breaking up your marriage and dividing time with your children will cut you to the core and change you forever. Whoever tells you different is flat out wrong.

Staying and uncovering hidden wounds that have created bad habits, or even addictive dysfunctional behavior, will also be challenging beyond imaginable.

The choice you make ultimately needs to be one you can truly live with and not just try to survive. I believe we are called to be alive and present, engaged fully in our experiences, as opposed to just walking through our days in a fog of unconscious survival.

The problem- where to turn for help in discernment? Do you seek out family, hoping for unconditional love? How about friends who have an unfortunate tendency to pick sides in their well-intended desire to support? Perhaps counselors, clergy or books? What about considering a higher source- an internal divine guide?

About marriage, Jesus said very little but what he did say was profound if we can interpret and internalize. “Let no man divide what God has joined.” I interpret these words as saying that no human has the power to separate a bond that God has created. So the real question to ask is, “is your union one that God created? Or did you marry for other reasons?” Only you know that answer in your heart.

But I also know this, God can also heal a broken marriage if both of you trust, believe and nurture what grain of love may still exist. Keeping a marriage functioning on all cylinders and not simply patching it back together with duct tape requires a rededication to addressing foundational misalignment and dysfunctional behaviors that have created a chasm in the relationship bond.

But it takes two. And not everyone is ready or willing to face internal demons.

Frequently individuals evolve at a varying pace and then tend to move in different directions, no longer remaining the same person who first fell in love.

If you loved him once, what did you love?

Is there a whisper of a spark that can be rekindled?

If so, then you can recognize what Jesus means by “what God joined.” Your love that brought you together is still alive yet now requires attentive nourishment.

If it no longer exists, then your action to dismantle the ties is purely semantic because what God joined is no longer living.

Either path you choose- trust that support will come to ease your burdens because your journey will be undoubtedly exhausting and at times overwhelming, but in the end restorative and healthy- if it is the right path for you.