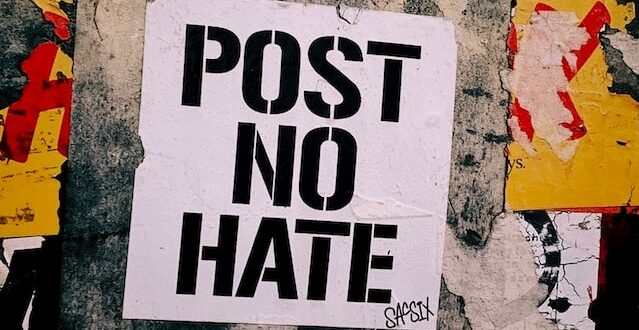 Seeing with your own eyes, not through the eyes of your neighbor

Seeing with your own eyes, not through the eyes of your neighbor

It’s not just politics. It’s everywhere: People trying to shape our opinions and ideas to conform to their own. We’re urged to buy everything from products to ideas. Vance Packard’s 1957 book, “The Hidden Persuaders,” documented how marketers use “consumer motivational research and other psychological techniques … to manipulate expectations and induce desire for products.” He identified what “compelling needs” advertisers focus on to sell products, needs such as emotional security, reassurance of worth, ego gratification, creative outlets, love objects and empowerment. Sixty-five years later, research ever more sophisticated enables mongers of all stripes to hone their selling skills.

We’re all vulnerable. Who doesn’t want emotional security, reassurance of our worth, a gratified ego, empowerment? In 1957, all we had manipulating our emotions were newspapers, magazines, radio and TV, with advertising, soap operas and sit-coms. There was no global communications network. Today, from our living room, we video-chat with friends and family throughout the world. But such communication comes with a cost.

We’re now manipulated by information from all over. Hackers on both sides of the Ukraine war, for example, jockey to influence its outcome. Feeds from global social media draw viewers by the millions. How much of the information we imbibe is accurate? How much is generated by artificial intelligence? How much is just plain lies?

Most importantly, how do we know?

In the 19th and 20th centuries, traveling circuses entertained small towns throughout America. Side shows featured all kinds of strange things. People paid money to gawk at other people. Barkers hawked their snake oil long before Viagra. “There’s a sucker born every minute, and two to fleece him,” is a common saying mis-attributed to P.T. Barnum. From deodorant to politics, snake oil flows abundantly.

Northwest events, past and current

Our own small corner of the world has a checkered history of sales-mongers marketing hate. In 2019, the Los Angeles Times published “Hate makes a comeback in the Pacific Northwest.” Recalling the Hayden Lake neo-Nazi group that started in the 1970s, which was eventually bankrupted, the Times described recent incidents that showed “far-right sentiments never really left the conservative region.”

“In 2018,” the Times reported, “at least nine hate groups operated in the Spokane and Northern Idaho area.” Earlier the Southern Poverty Law Center had reported that neo-Nazis were building a compound to replace the former one.

Friday and Saturday, the “ReAwaken America” Tour will visit Post Falls. The tour’s web page describes who, when and where, but it’s short on what, why and how. Fine print at the bottom of the ad proclaims, “Jesus is king, and with Him on our side we will win this thing!”

It’s not clear what “this thing” is. The tour’s star is former lieutenant-general Michael Flynn, advisor to the last president. His posted statement illustrates the kinds of things described in “The Hidden Persuaders.” Though short on specifics, the hype is long on feel-good vagaries: faith, family, true friendship, shining city on a hill, true sacrifice, our founders’ vision and service to nation — none elaborated upon.

In late August, a groundswell of Christian and other faith-based organizations protested. In a letter to Luke Kiar of Stateline Speedway, the Rev. Rick Matters requested that the speedway cancel their “relationship with ReAwaken America Tour.” Key objections, supported with media links, included:

In the final analysis, each of us chooses how we will think, how we will be. Clear vision allows us to circumvent attempts to lure us into prejudicial hate. A strong sense of justice, which Bahá’u’lláh wrote about in “The Hidden Words,” must be part of that vision:

And, of course, our Pledge of Allegiance reminds us of our unifying strengths: “One nation, under God, indivisible, with liberty and justice for all.”