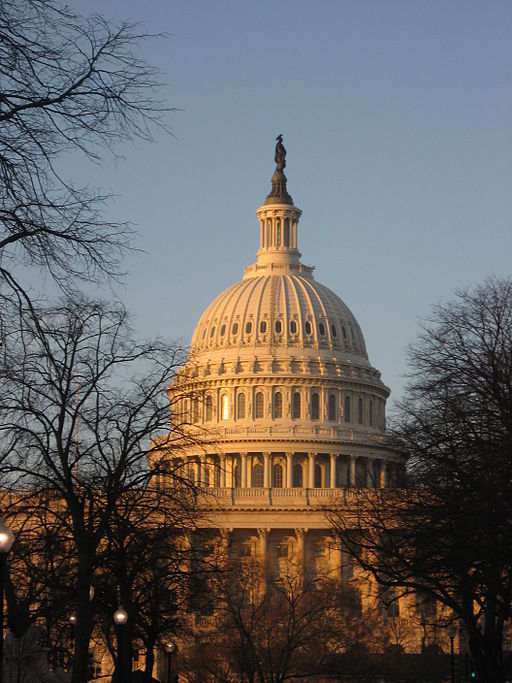 The dome of the Capitol in Washington D.C., taken from the Congressional Office Buildings on Constitution Ave. Photo courtesy of Mary Ann Reitano, via Wikimedia Commons

The dome of the Capitol in Washington D.C., taken from the Congressional Office Buildings on Constitution Ave. Photo courtesy of Mary Ann Reitano, via Wikimedia Commons

(RNS) If some secular organizations had their way, much of the current class of lawmakers would flunk out of Congress.

The Secular Coalition for America, an umbrella organization of 13 nontheistic groups including American Atheists and The Freedom From Religion Foundation, issued a “report card” on members of the U.S. House of Representatives and Senate based on their votes on recent legislation involving church-state issues.

More than half of lawmakers received F’s, meaning, in the coalition’s eyes, they fail at upholding the separation of church and state.

Still, the kids aren’t doing that bad. A total of 42 legislators — 35 in the House and seven in the Senate — received A’s. They were all Democrats.

And three Republican senators received a grade of B — the highest grade given to Republicans in that body since the coalition began issuing report cards in 2009. They were Lisa Murkowski of Alaska, Mark Kirk of Illinois and Susan Collins of Maine.

“These three are the ones who are breaking the partisan divide in the Senate,” said Kelly Damerow, research and advocacy manager at SCA. “They are B’s because they are the leaders in doing bipartisan work.”

“Since last time we did this, we have more A’s,” said Lauren Anderson Youngblood, the coalition’s director of communications. “It means there are a few more Republicans who are basing their votes on science, reason and logic.”

Then there’s the detention list, all House members and all Republicans – Doug LaMalfa of California, Tim Walberg of Michigan and Walter Jones of North Carolina. They each received a grade of 5 out of a possible 100, according to the report card.

The one self-declared nonreligious person in the Congress – Rep. Kyrsten Sinema (D-Ariz.) — received a B. That’s a full letter grade higher than the C scored in 2011 by former Rep. Barney Frank, the Massachusetts Democrat who revealed he is an atheist last year after he retired. Frank will receive an award from the American Humanist Association, a coalition member, later this year.

Edwina Rogers, the coalition’s executive director, said in statement that this year’s marks reflect progress the group has made in pressing its secular goals with Congress — but leaves room for improvement.

“These grades underscore the work so many lawmakers still must do in separating their personal religious beliefs from our legislation as a pluralistic nation,” Rogers said. “The only way to protect everyone’s right to religious freedom is to keep all religion out of our secular government.”

Previous BRIEF: Women fast at Riverfront Park for immigration reform
Next Ask A Mormon: Who was Moroni?