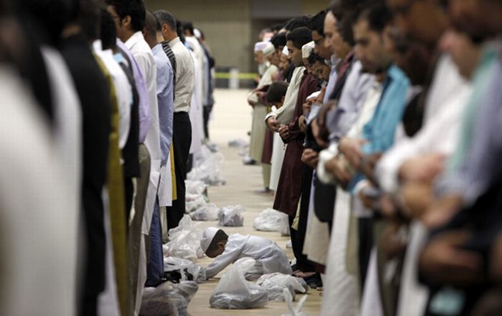 Should schools close for Eid holidays? Muslims are divided 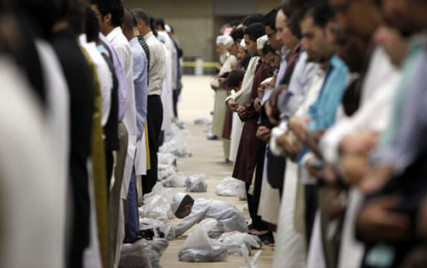 Seema Imam, a professor of education at National Louis University in Chicago, jokes that she wouldn’t mind if schools closed for the Islamic holidays of Eid al-Adha and Eid al-Fitr.

“More days off from work? Sure,” said Imam, whose children grew up in the Chicago public school system.

Still, she couldn’t bring herself to support a petition urging U.S. schools to close on the two Eid holidays. The online petition, started by a group of middle school students in Virginia, garnered fewer than 20,000 votes. A similar petition that expired in January amassed 65,000 signatures.

The latest petition was created through“We the People,” an online White House platform created by the Obama administration to allow citizens to petition their government for change. By law, if petitions reach 100,000 signatures, the administration is required to review the issue and provide a response.

“There’s not a national Jewish holiday,” said Imam. “So I’m not sure who started this and if they’re really thinking right, because I can’t imagine anybody recognizing a Muslim holiday for the whole country.”

There have been efforts in Montgomery County, Md., and parts of Florida with significant Muslim populations to persuade school boards to close schools for Islamic holidays.

Still, the petition sparked spirited debate within the Muslim community. Opponents said it showed a lack of civic knowledge, since decisions about school holidays are not made by the executive branch of the federal government, but by local school boards. Others said the petition made Muslims seem unreasonable at a time when they are often accused of demanding special treatment.

“We have to consider what our contributions to this country have been. Essentially, we’ve been in this country for only 30 or 40 years,” said Rizwan Kadir, a business consultant in Chicago. “We haven’t done much for this country to demand something at the federal level.”

Activists Laila Alawa and Wardah Khalid, writing at the Muslim news blogAltMuslim.com, said: “While it is true that Muslims have been discriminated against in the past based on their faith, it does not mean that this is necessarily the reason why their holidays are being excluded from school calendars.”

Some Muslim parents also don’t want federal or local governments telling them when they should celebrate their holidays. The Muslim year and Muslim holidays are based on the lunar calendar. While many Muslims are comfortable relying on astronomical calculations to predict the moon’s movement years in advance, others believe the moon must be sighted by the human eye, making it impossible to schedule holidays in advance.

Nancy Khalil, a doctoral candidate in anthropology at Harvard University, said the petition needed to be considered in the context of who wrote it, namely, a group of middle-school students learning about civil rights.

“It speaks to their understanding of what religious rights are, and it shows they know they have to go out and work for them,” said Khalil. “To me, that seems like a constructive learning experience.”

She also noted that while the significant number of Muslims in Cambridge was the biggest factor in the decision to grant one Muslim holiday off for the year, the city’s school superintendent decided to propose the idea in part because he thought it would be a good way to do something positive for students who faced harassment.

Many Muslims say such decisions should be left up to local school boards who set minimum percentages of students necessary to have a religious holiday declared as a day off, while school districts where Muslims or students of other religions don’t have enough students to merit a day off should give those students excused absences.

“I grew up in a town of 1,100 people, and there weren’t any Muslim people there then, and there aren’t any there now,” said Imam, who likes the idea of a population threshold. “I don’t think the downstate farming communities are going to be able to all of a sudden handle an Eid holiday.”

Previous Ask An Atheist: Why do you think there is no creator?
Next BRIEF: Retired Air Force pilot to share perspective on use of drones