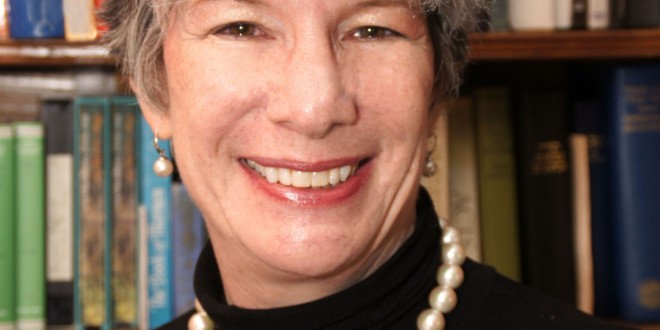 Scholar Amy-Jill Levine to present on Christian, Jewish commonalities this weekend in Spokane

Scholar Amy-Jill Levine is trekking from the Bible Belt of the U.S. to Spokane, not to speak on the Christian church prominent in her community, but instead to speak on her expertise: Judaism and the New Testament.

Levine will present multiple times in a four-day span at Gonzaga University and Temple Beth Shalom. The temple and Rabbi Elizabeth Goldstein, an assistant professor of religious studies at Gonzaga, coordinated the events with the help of local sponsors.

“I get a lot of students who come through my classroom and still don’t understand why Jews don’t follow Christ,” Goldstein said. “It’s so important to understand the context of Jews in the New Testament. As a Jew that works here, that’s what I worry about.” 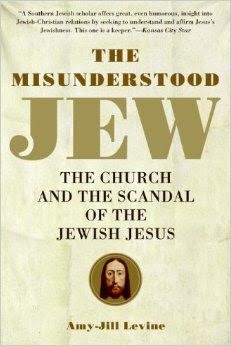 Levine puts Judaism in context almost daily, teaching New Testament and Jewish Studies at Vanderbilt University’s Divinity School and College of Arts and Science. She has written a handful of books, including “The Misunderstood Jew: The Church and the Scandal of the Jewish Jesus,” which Goldstein often references in class, and “The Jewish Annotated New Testament,” used by many New Testament professors at Gonzaga, as well.

Goldstein was inspired by a fellow professor to bring Levine during a time that honors the 50th anniversary of Nostra Aetate, a declaration made between the Catholic church and non-Christian religions.

“It becomes a charter for ongoing Catholic reflection,” said Joe Mudd, assistant professor of religious studies at Gonzaga. “How will the church respond to its own history of being complicit in an act of Jewish persecution?”

Despite a charter, Goldstein said Jews are still misunderstood.

“Things said about Jews are ignorant at best, or at worst, they know the truth and deny it,” Goldstein said, regarding the New Covenant.

“It’s unusual in a Catholic-Christian context to pay attention to the other side of the Jewish dialogue,” said Sheveland, who helped sponsor the event.

But that dialogue at a private Catholic university gives students an “emotional intelligence,” he added.

“The point of dialogue is not to reach a lowest common denominator,” Levine said in an email. “We should not sacrifice our beliefs on the altar of interreligious sensitivity. The point is, rather, to understand our neighbors, and in the conversation, to understand more about ourselves.”

But dialogue is a two-way street, Levine stressed.

Goldstein said Levine is the best person to put the New Testament and Jews in a historical context. But Levine references present day, too.

“Some scholars are great when they talk in their historical period, but not in the modern era,” Goldstein said. “She’s not that way. She’s heavily invested and can speak easily about Jews and Christians today.” 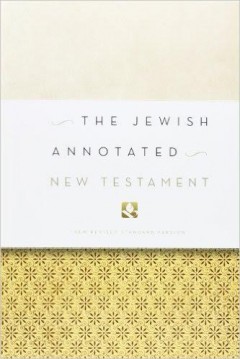 Levine is working on the second edition of The Jewish Annotated New Testament, trying to complete a commentary on the Gospel of Luke, drafting a book on Jesus’ views on political and economic issues, and beginning a volume on the biblical texts the New Testament claims Jesus fulfilled.

Her first talk, “Of Pearls and Prodigals: Hearing Jesus’ Parables Through Jewish Ears,” will ask how the parables – the Pearl of Great Price, the Prodigal Son, and others – would have been understood by first-century Jews and how, once people recover those original interpretations, they can learn what messages the parables have for all people today, Levine said. The talk is free and open to the public 5:30 p.m. Feb. 4 in the Hemmingson Center Ballroom on Gonzaga’s campus.

Levine on the workshop: Jesus and his first followers were Jews, thoroughly grounded in Jewish Scripture, ethics, history, and theology. Yet most of the common history of church and synagogue has become lost, and misunderstandings – indeed, tragic stereotypes – have replaced historical memory. How have misunderstandings of Judaism led to Christian teachings that create or reinforce anti-Jewish views? How might historical investigation help correct those views, so that the proclamation of the Gospel can be one of love rather than of promoting false teaching?

The Spokane community is also invited to Temple Beth Shalom for Levine’s weekend of discussion. Non-members pay $36 for the entire weekend, though there is no charge for the Sunday event. The temple’s schedule is as follows:

Although Jews and Christians share common books – the Jewish Tanakh and the Christian Old Testament – they read the shared stories with differences in translation, punctuation, definitions, theology, emphasis and canonical order. Levine will discuss: What prompts these differences, and what do they suggest about Jewish and Christian ethics and theology?

“David and Bathsheba/Sex and Politics”

Lecture and chocolate havdalah, hosted by the membership committee

“How Jews and Christians Misunderstand Each Other”

Both Jews and Christians, not because of bigotry but because of ignorance, bear false witness against each other. Levine will talk on the major stereotypes people have of their neighbors, how they developed, and what can be done to correct them.

Previous We need to do something, soon, about violence
Next Spokane to be designated a “Compassionate City”