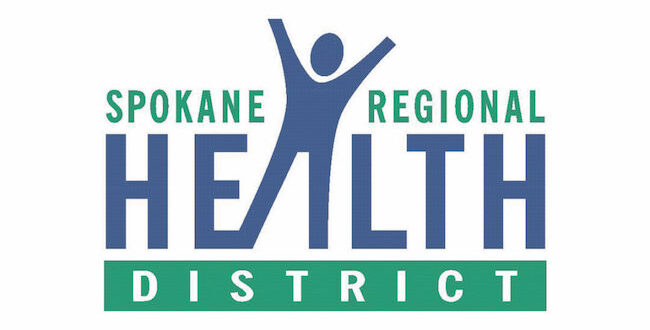 We’re all feeling “so done” with COVID.  For eight months, you and your family and friends and coworkers, everybody you know, and everybody you don’t know, the entire country, the whole world, has been living under the cloud of this plague.  For many here in Spokane and the Inland Pacific Northwest, COVID has also been a reality we could neither see nor feel. Up until now, we read about it, heard about it, saw only the numbers and stories of people who experienced it. Some have even called it unreal.  Yet, we’ve still had to drastically restrict our lives. The threat has caused a level of collective suffering of staggering proportions, creating a crisis that has uncertainty at its core.

Inexorably, the pandemic has continued to invade and spread, and with the recent frightening spike in infections and hospitalizations, COVID is striking close and hard. Uncertainty and fear can stretch and stress people to act out when they reach their breaking point. As often happens in times of social crisis, the desire and need for order and certainty cause people to look for someone they can blame for their suffering. In other words, they look for a scapegoat.

Why does this happen? Sociologists refer to scapegoating as the process by which a person or group is unfairly blamed for something they didn’t do, allowing the source of the problem or issue to be ignored or remain hidden. By projecting blame onto a vulnerable person or group, one can maintain one’s positive self-image and avoid uncomfortable feelings of weakness. The projection depends on one’s unconscious participation for the self-justification to be successful.  In this way,  a sense of control is maintained over something that feels uncontrollable. It makes sense that scapegoating also occurs more often when social or economic crises emerge. Scapegoating has become widely prevalent today, perhaps even fashionable (“cancel-culture”), that the nature of its inherent violence demands our greater awareness and understanding if we are to protect the social fabric.

The late French literary theorist, historian, and philosopher, Rene’ Girard, through his extensive study of religion and myth, developed the scapegoat mechanism theory, which sees the use of a ritual scapegoat at the beginning of civilization providing an adaptive alternative to uncontrolled group conflict and violence. Girard also connected the scapegoat ritual to the beginning of religion. The worldwide evidence in history and literature of the scapegoat ritual reveals its mythic nature. Examples of ritual sacrifices designed to cleanse or remove people’s sins or suffering go back over 4000 years and show up in many different cultures.

Girard showed that by focusing blame and hatred for the causes of suffering upon a single scapegoat, and then killing or exiling them, the tribal collective is able to transfer responsibility for both its violence and the restoration of order. By making the scapegoat’s sacrifice “sacred,” the scapegoat becomes like a vaccine against the chaos and violence caused by human conflict.

Girard also studied how the evolution of the scapegoat ritual became a central narrative in the Judeo-Christian tradition, starting with Leviticus and culminating in the Christ story.  Leviticus 16 presented the outline of the sacrificial scapegoat for Yom Kippur, the Jewish Holy Day of Atonement. Aaron, the High Priest of the Israelites, selected by lot two goats, one to be sacrificed on the Lord’s altar as a sin offering, and the other upon which Aaron through confession laid all of the accumulated sins of the Israelites. The goat was then released into the wilderness where, according to some scholars, it was thrown off a cliff.  In this way, the scapegoat symbolically atoned for the peoples’ sins and brought them back into their right relationship with God.

The scapegoat myth evolves in the Biblical tradition, through the stories of Abraham and Isaac, Joseph, Job, and others, which show the victim as innocent or unjustly accused. Ultimately, in the New Testament, the most innocent sacrifice of all, Jesus Christ, reveals the injustice of the scapegoat mechanism through His crucifixion and resurrection. In Christ, we see the crime inflicted upon the scapegoat, and His divine message is delivered: we must make our sacrifices within, take responsibility for our destructive actions, and own our feelings of guilt and shame.

Very recently, in the space of a single week here in our community, we witnessed a group of elected political leaders and their selected appointees, who are charged with maintaining the public health for all in Spokane County, scapegoat its Health Officer Dr. Bob Lutz.  The central person who stood in the fire of our COVID uncertainty since the beginning of the pandemic, Lutz took the heat while working to guide, coach, and lead us through the intolerable.

The drama unfolded in two separate media events, first the press conference announcement and then the formal public meeting live-stream attended by hundreds of captivated onlookers. Anyone who watched witnessed how the Health District’s High Priestess, Amelia Clark, announced her selection of Lutz for punishment, and then laid upon him a long list of sins and transgressions (“not a team player,” “resistant to direction”). She then called upon the authority of the Board of Health to fire him, which they did in a most public crucifixion. It was the theatrical playing out of a mythic drama, a display of ritual violence as old as civilization itself.

Whether it’s the Democrats or Trumpers, the Chinese, the Russians, immigrants, blacks, police — the list of names goes on and on in the desire to blame somebody, whether person or group, for our ills and failures. It’s safe to say that scapegoating today runs rampant throughout the body politic as we attempt to confront the ruptures we cause by engaging in more and more polarizing behavior. In a telling coincidence, Lutz’s ritual exiling took place just as our collective anxiety began peaking from both the resurgence of the pandemic and the most contentious presidential election of our lifetime. COVID is bringing us to our figurative knees.

Yet, the action taken by the Board of Health and their executive officer does not seem to have had its desired effect. Even after the Board voted 8-4 to carry out his termination, two of the officials who voted for his firing said the Board itself was to blame. Inevitably, lawsuits are forthcoming, and last week the State’s Board of Health agreed unanimously to investigate the local Board’s decision to determine whether “political pressure” was in any way responsible. The fallout will likely continue for some time to come, as deep questions are being asked by many, such as whether our community needs to restructure the governance of public health. It remains to be seen what the outcome will be.

One thing is certain, however. Underneath the veils and motives of power, more and more people are suffering, especially the people who many of us wish we could ignore or stay unseen. The uproar and disruption following Lutz’s firing should be clear evidence his scapegoating requires us to ask one question: how can we begin to atone?

Ian Cunningham was born in Michigan, arrived here via San Francisco, but has called Spokane home from the age of 8. After college stints at Fairhaven and WSU, he graduated from EWU with a degree in English literature and went to work in his father's insurance agency. After a 40 year career as independent insurance agent, Ian now pursues a diverse range of interests, threading his business experience with social activism and volunteer work. His passions include spiritual discovery through movement and meditation, ecstatic dance, writing, reading, and wilderness connection.

Previous SpokaneFāVS.com Editor Tracy Simmons’ TEDxSpokane Talk on “The Cult Next Door” Now on YouTube
Next Right To Left: Why Your Republic-Raised Kid Is Voting Blue