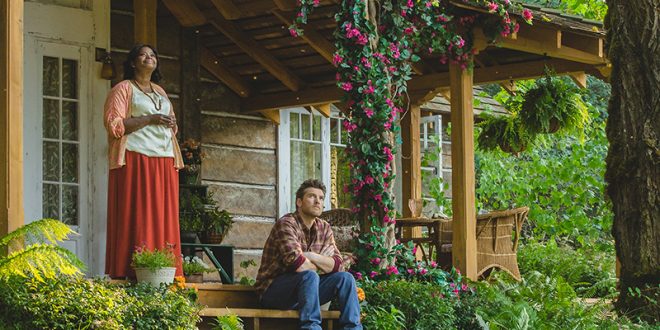 Octavia Spencer and Sam Worthington in a scene from “The Shack”. Photo courtesy of Lionsgate

Editor’s Note: Please note that this column is satire and intended to entertain.

On Sunday, congregants of Only Way Church were welcomed with warm handshakes, big smiles, lots of hugs and condemnation for watching one of America’s most popular movies. “The Shack” has certainly garnered lots of controversy over the years. First, it was a best-selling novel, and now it has become the year’s block-busting faith-based movie. What is so controversial about “The Shack”?

Aside from depicting God as a black woman, misrepresenting the Trinity, and opening Christians’ minds to the idea that God wants to love sinners instead of punishing them, one pastor says that what makes “The Shack” a total heresy is the apparent lack of an Oxford comma in the representation of the Trinity itself. “God is Father, Son ****,**** AND Holy Spirit!!!!” He lambasted from his pulpit. Apparently, Pastor Oz E. Mandius believes that the oxford comma existed before all creation and that its removal is an offense to the Godhead Himself. “One could read the phrase, ‘God the Father, Son and Holy Spirit’ to mean that God the Father is both the Son and the Holy Spirit when in fact the three are separate individuals who are one in Person. The Father, Son, and Holy Spirit are united. The Father is not a plurality of two people. They are all a plurality of each other, and only with the oxford comma is this distinction made clear” Pastor Mandius stated just before he played a PSA video explaining the plight of third world countries who disregard the oxford comma entirely.

To counter the popularity of the film, Only Way Church has decided to start a campaign to inform the public about the dangers of not using the oxford comma. One of their disciples was witnessed in the public square warning smart phone users about the liberal media’s suppression of the oxford comma, “The Associated Press doesn’t want you to use the oxford comma, which reveals to us God’s divine nature, further proof of their agenda to water down our faith and brainwash our youth with this heretical tripe!”

Aside from spreading propaganda suggesting that the media and Hollywood are collaborating to get our youth to believe that the oxford comma has nothing to do with God’s divine nature, Only Way Church has also begun a youth forum where young people can gather to hang out, drink coffee and learn about correct grammar. “Young people just seem lost in this generation,” Youth Pastor Kip Broman told us, “There’s drugs, prostitution and a complete disregard for grammar with the rise of texting and emojis. In one way, I am glad that ‘The Shack’ has helped us shine a light on this issue, but in another way I know that there is a whole generation out there who thinks that it is okay to end a sentence with a preposition.” Broman has also been running a youth recovery program to help kids achieve freedom from the addiction of poor grammar.

Followers of Only Way Church were also asked to sign their pledge of doctrinal purity after Sunday’s service to affirm their devotion to the belief that popular culture will always get it wrong and that what their pastors say about the Bible will always get it right. An altar call was given where dozens of repentant believers came to ask for forgiveness for thinking that God’s nature could be described without using the oxford comma. Next week Pastor Mandius said that he would be continuing his “Grammar and Culture” series with a discussion of the Dewey Decimal system called, “The Devil is in the decimal.”