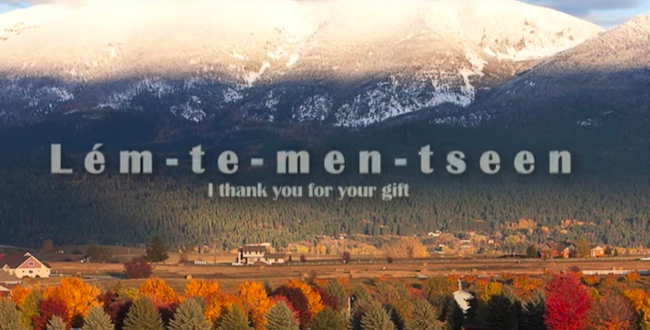 To celebrate the United Nations (UN) Year of Indigenous Languages, Salish School of Spokane will be leading the 2019 Rally for Salish on Friday, July 26 at noon in the Clocktower Meadow of Riverfront Park in downtown Spokane.

According to the press release, The UN declared 2019 to be the International Year of Indigenous Languages, describing on its website how languages play “a crucial role in the daily lives of people, not only as a tool for communication, education, social integration and development, but also as a repository for each person’s unique identity, cultural history, traditions and memory.”

Salish School of Spokane is a Native non-profit organization in Spokane that started in September of 2010 and currently serves 58 students ranging in age from 3 to 16-years-old.

Chris Parkin, principal of the school, said the rally is the local celebration and recognition of the UN Year of Indigenous Languages and how it relates to save Spokane area indigenous languages.

“I’m just excited that the UN has been recognizing indigenous languages and that we have the opportunity to share our culture and language in good way. Share some food and share some songs,” said Crystal Conant, rally coordinator.

Parkin said there will be performances by students and staff of the school including singing and drumming as well as speeches by them and local Salish speakers.  He added that Kootenai, Lakota and other non-Salish speakers were invited to the rally to share their indigenous languages.

“[People] should know that Salish is first of the land that they’re on and just to recognize that there’s people with a language and a culture that was here first, and even if it’s not your own you should just at least recognize that,” said Conant.

Parkin said the most important thing people should know is that everyone is welcome to attend the rally.

Previous POEM: Mother Earth
Next A Problem with Partisan Politics