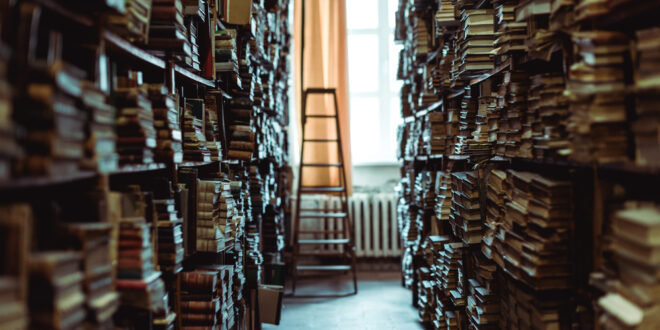 There are no sacred texts in my life. None.

People of all faiths generally believe the sacred texts of their religion were divinely inspired by, if not actually written by, a given deity. Such texts are essential to religious practice and ritual and proscribe the adherent’s role in the secular world.

But this notion of divine inspiration is not based on reality. Historians know the actual writing of such texts was a complex process taking place over centuries, shaped as much by politics and culture as it was by belief. All such texts were written by men (and they were all men) who had motives that transcended mere faith. It is misguided to read books such as the New Testament as literal truth.

Growing up in a Jewish home, I became familiar with the Old Testament at an early age. I went to Sunday school until I was 10, and the Old Testament stories could be as exciting as any TV adventure. But even then, I understood from my teachers that we were to see the old Bible as a collection of fables, parables and moral lessons, not to be read literally.

Late in college, I toyed with Christianity. I read the New Testament. A couple of close friends were active LDS members and so I read the Book of Mormon. Later I read the Quran, as well as Buddhist and Hindu literature.

As I have written previously, if not blinded by religious parochialism, it is not at all hard to find the commonalities in all those texts. And, from there, it does not take much effort to work back to religious beliefs of the classic era, what we call Greek and Roman myths, and to the earliest religious systems of Asia, the Middle East and North Africa, and then back even further to the first efforts on the part of early human beings to explain the unexplainable.

Yes, the sacred texts of the world’s great religions speak to the qualities of a moral life, although those qualities are too often practiced in the breach. Atheists lead moral lives, too. It is not necessary to read the Bible or the Quran to lead a value-drive life.

Devout Muslims see the Quran as a testament to peace and love. But others, just as devout, use it to justify Jihad.

If the New Testament were truly the divinely inspired word of one God, would it be so open to interpretation that it could support both love and hate? How does a work inspired by one deity produce the loving Jesus and the Inquisition conducted in his name? The least one should expect from an all-knowing God is some clarity.

I do not mean to disrespect those who see in their sacred texts divine messages and inspiration. If these texts make life for some more bearable, more meaningful, more complete, then good for them.

But an atheist looks at sacred texts with more skepticism, asks different questions and looks for different answers.

Are there sacred texts for atheists? No, that would be a ridiculous contradiction. Without a belief in God, in whatever manifestation, there can be nothing sacred, at least as defined by the faithful.

There is no Bible for atheists. No church. No ritual.

I have read a substantial body of philosophical work that helps explain atheism, which speaks to the culture of unbelief, and to the science that explains miraculous phenomena or Bible myths such as creation or the flood.

And I have studied religious history with a particular interest in religious archaeology. But failing to read any number of books or articles or historical reports would not affect my belief system. There is no one text I must access to believe as I do.

The sacred texts of the great religions have been the cause of too much evil in this world, too much death, destruction and distrust. We are seeing some of that play out now in this country.

New studies show that the number of Americans who consider themselves atheist is growing. Young people, in particular, are moving to unbelief. The shift is not driven by any sacred text or organized institution. It is happening organically.

I believe the shift is for the better. The sacred texts of the great religions have been the cause of too much evil in this world, too much death, destruction and distrust. We are seeing some of that play out now in this country.

A world where texts such as the Bible are viewed only as literature might, in fact, be a better world.

Previous A trifecta of holidays nears, reminds us of our losses
Next In Spokane Region Organists, Organs and Liturgical Music Are Rare and Priceless