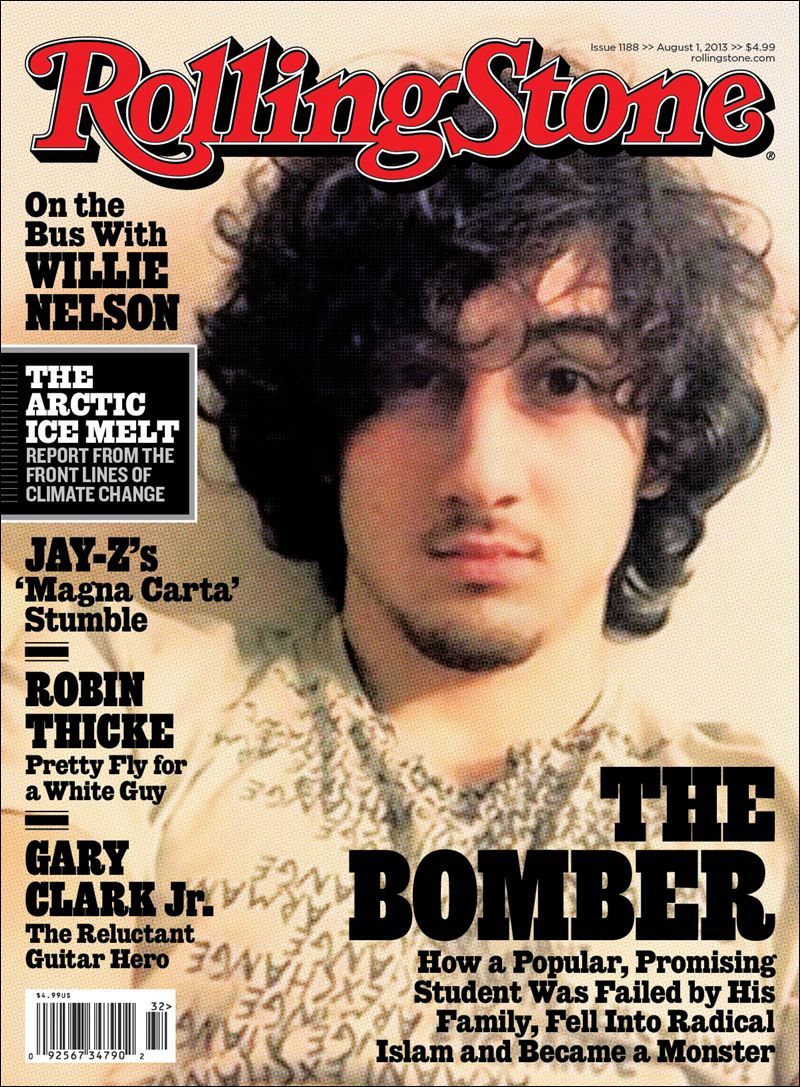 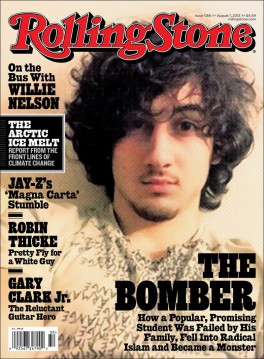 I don't think Rolling Stone needed to choose a rock star glamor shot of Dzhokhar Tsarnaev for the cover of an issue devoted to helping us understand “the complexities of the issue” of the terrorist's life. I most certainly won't buy or read their coverage out of respect to the bombing victims.

Various expressions of terrorism have always been a part of the human story.

“What sorrow awaits you who lie awake at night, thinking up evil plans. You rise at dawn and hurry to carry them out, simply because you have the power to do so,” Micah 2:1.

There is a place for a journalistic exploration of such people and stories, but I think Rolling Stone is pandering and attempting to profit off the bizarre fascination and obsession of ignorant and impressionable people. Such ignorant obsession has been reported and can be found on various social media sites. The pressure is mounting as people and businesses hammer the magazine editors, but the magazine is sticking to its narrative.

The editors of Rolling Stone issued a statement Wednesday afternoon in response to the mounting criticism:

“Our hearts go out to the victims of the Boston Marathon bombing, and our thoughts are always with them and their families. The cover story we are publishing this week falls within the traditions of journalism and Rolling Stone's long-standing commitment to serious and thoughtful coverage of the most important political and cultural issues of our day. The fact that Dzhokhar Tsarnaev is young, and in the same age group as many of our readers, makes it all the more important for us to examine the complexities of this issue and gain a more complete understanding of how a tragedy like this happens.” –THE EDITORS'

I've grown up witnessing the unsuspecting nature of terrorism in Columbine, Oklahoma City and Waco to mention a few, so I'm not surprised by the race or the face of latest mass murderer. The human heart is the true source of evil as well as the temptation to always excuse or redirect blame for one's own actions.

Looking for the reasons of evil is a perpetual human quest. The haunting “whys” of the sufferings we cause and endure will always elude even the greatest journalistic, philosophical or even theological minds. It's a sun that blinds all who try to gaze into its mystery. The hard work of theodicy is important in every age but it can't, and won't, displace the work of justice.

My hope in the presence of evil men and women is in the reality of a good God, who is seeking to redeem, cleanse and restore the human heart. Justice or war won't put out the fires of anger, racism, extremism or violence. Salvation is the most powerful quenching tool of hate. A good chunk of the New Testament was written by, or tells the story about, a violent, terrorizing, religious zealot whose heart and life was dramatically and forever changed by an encounter with Jesus Christ. His own words give me hope in the face of homegrown or international terror.

“Even though I was once a blasphemer and a persecutor and a violent man, I was shown mercy because I acted in ignorance and unbelief,” 1 Timothy 1:13.

In today's uncertain world, I'll look to the Bible for an understanding of evil in my heart and others. My understanding and hope for the future is not in the glossy pages of a music magazine, but in the love and saving work of God as told in the bible and witnessed in my own life.