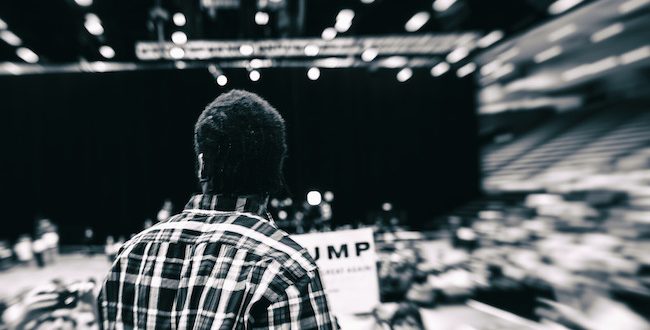 Spokane, where was your righteous anger before the election?

Your privilege is showing, Spokane.

Why are we, in this paddle-faster-I-hear-banjos hamlet, still shocked at the overt bigotry displayed by our less cognitively victorious denizens?

I’ll tell you why: because you have refused to see it until now, when there is no convenient partition between your privilege and the nearly irreparable damage that lack of recognizance has done. It is so very nearly too late.

Full disclosure: I am raw on an individual level. I have been since before the election, but watching this shock and awe as Spokane devolves further into a xenophobic, transphobic, sexist, racist fervor is salt in the proverbial wound.

Where was your outrage when a trans woman was beaten outside of a bakery in downtown Spokane?

Where was your outrage when two men I know and care for were beaten for being perceived as gay?

Where, oh please tell me where, has your outrage been as literally hundreds of transgender women of color have been murdered all over the country? I would love to know.

Where was your humanity when all of these things were happening long before President-elect Trump was nominated to be the next leader of the free world?

Righteous anger is a popular biblical theme. In Exodus there exists a violent and blatant condemnation of those who would mistreat the ‘least of us.’ The passage reads, “You must not wrong a foreigner nor oppress him, for you were foreigners in the land of Egypt. You must not afflict any widow or orphan. If you afflict them in any way and they cry to me, I will surely hear their cry, and my anger will burn and I will kill you with the sword, and your wives will be widows and your children will be fatherless.”

Yet here we are. Spray painting the word ‘nigger’ in red across a building whose purpose is to, according to the About Us section on their website, “Promote[s] the values of Dr. Martin Luther King Jr. by building a culturally diverse community with services and programs free of discrimination and accessible to all.”

Do we mean that? When I saw the reactions of fellow writers, advocates, and friends, I did not share in their surprise. I did not share in their surprise because I have been mourning the end of decency since my former church home dragged their feet when I approached them about being married there because I happen to be transgender. I have been mourning humanity’s darkest proclivities since one of my former employers sat across a table from me and fired me because he didn’t want his business to suffer for his employment of a trans person in the beginning of  transition.

And now, as we stand on a precipice overlooking unbound hatred, you decide to be invested. You decide to act because you can finally see it – because you can confirm, in bold crimson paint, that it finally exists. Don’t get me wrong. I’m sad about the election, but this outrage should have happened sooner.

That is the marrow of privilege, my friends. Use that to reach out to those around you. Even passive, cowardly hatred is still hatred. Violence isn’t always bruises and blood.

Check your privilege, Spokane. When you’re done, use it for the benefit of those around you. The world is watching.

Finley Romano is the director of outreach for the Northwest Sacred Music Chorale and a Spokane native. He is active in the regional music community, singing with the Spokane Choral Artists, Opera Coeur d'Alene, and NWSMC. He is the first openly transgender member of each of those ensembles, and is probably the first professional trans opera singer in the state of Washington. Romano is, by his own admission, some bizarre and delightful amalgam of Russian Orthodox and Wiccan. He self-identifies as a witch with Talmudic morality. To be honest, he has no idea what his spiritual leanings are and is content to explore them as he continues a decidedly inclusive outreach campaign with the Northwest Sacred Music Chorale.

Romano is currently writing a book, For My Great Size, which details his experiences transitioning from mezzo soprano to bass-baritone.

Previous Hope vs. Fear at Standing Rock
Next Soulless Nation, turn to the Bible