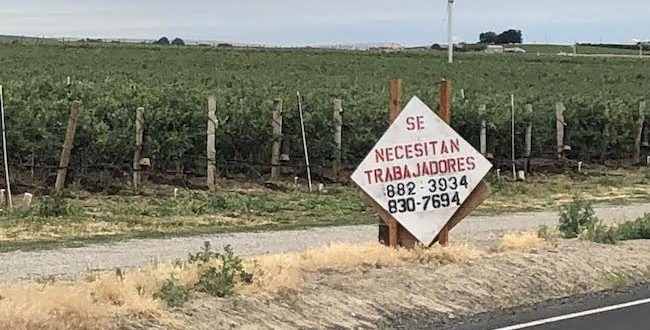 Rising today, I struggled against the soreness and fatigue that pinned me to my sleeping bag. I’m shocked by how much energy I have left in my legs, but they are tight. My back is tense. The relentlessness schedule is unrelenting. I went two rounds with the snooze button before winning.

When I finally woke, I packed, ate breakfast and joined a group I had settled in with on the second half of yesterday’s ride. We share a common pace, and since endurance rides are a team effort we decided to start the day together. Except for a short segment in the morning, we rode the whole day as a group, taking pulls at the front and offering each other moral support when energy ebbed and snack stops were far.

We enjoyed a rare overcast day in central Washington, with temperatures hovering in the low 70s. Giddy over our good weather luck, especially compared with yesterday’s rain, cold and snow, we set off. With a downhill bias, the route rolled through the Yakima Valley, following the Yakima River, where we watched herons swim and fish, toward the Columbia.

Except for the final 20 urban miles through Richland and into Kennewick, the scenery didn’t change much throughout the day. One country road led to a small farming town to another country road to another farming town. All day the dry, dusty background contrasted with lush, well irrigated rows of crops. With street names like Framboise (French for raspberry) and Cherry Hill Street, the region announced itself as orchard and vineyard territory. (We all thought Wine Country Road in Sunnyside was a bit on the nose.)

As the miles ticked by, we passed by hops, cherries, apples, grapevines and other orchard crops from Yakima to the Tri-Cities. We made a game of guessing what the crops were when they weren’t labeled. A few unlucky riders were sprayed by pesticides as farmers wove in and out of their crops. Well trained guard dogs stood sentry at their property lines, barking when we encroached.

One of the many reasons I love cycling is that it forces you to observe your surroundings carefully. You learn to look farther ahead for dangers and obstacles, keep a mental map of what’s behind you and use the sense of feel to guide you through changing terrain and windy conditions.

As a result, cyclists see things drivers on the same route never do. As a bike commuter, my heightened observational skills help me get to know my West Central neighborhood and our downtown core better. It is a joy that roots me in place.

After lunch, rolling at a leisurely pace on Hanks Road north of Prosser, a large sign called attention to itself. I noticed it first because of its size and shape, then for its bold red and black type, and then, in a region dominated by bilingual messages, for its Spanish-only text:

Many of the orchards we passed were being tended by migrant farmworkers. From a distance, the telltale sign that you are coming upon a work site are old, beat up cars lining the road. As you get closer, you see men carrying tapered ladders, better to avoid branches with, wearing long sleeves and hats.

It’s no secret that our economy relies on the backbreaking efforts of untold numbers of laborers who travel from Central and South America, crossing the border to support their families. The sign makes as much clear. But I am struck by the plainness of the plea.

Like their refugee and immigrant brethren, migrant laborers face discrimination, racism and a hostile political environment. It’s impossible to separate these border crossers — some authorized, some not — from others, who inspire demands to “build that wall.” They bear that suffering, too.

But farmworkers are unique among migrants because we are willing to say we need them. Where are the businesses, schools churches and government buildings posting signs that say “we need immigrants,” “we need refugees”?

I am no longer content to say “refugees welcome.” Let us say,

Ask An Eastern Orthodox Christian: Who is God?