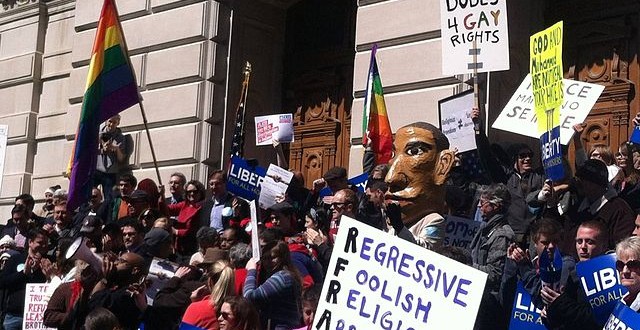 RFRA — Would Jesus Ever Discriminate?

“I suspect that this whole thing will be much ado about nothing. I understand that there is already a similar federal law on the books (passed in 1993 and signed by President Clinton), but no court has ever upheld a claim using that law. Several other states have similar laws but they are not used. It will likely be the same here in Indiana,”  — Bishop Mike Conyer, Indiana

I imagine that serving as the leader of a state’s congregation presents many challenges, one of which is serving both progressive and conservative congregations and parishioners. But leaders are leaders because they can and should navigate these murky waters.

I think we know the answer.

Sitting on the fence is still choosing a side.

Previous Blossoms, a poem
Next 5 faith facts about Marco Rubio: ‘Once a Catholic always a Catholic’