Review: “Between the World and Me” adds to needed discussion on racism 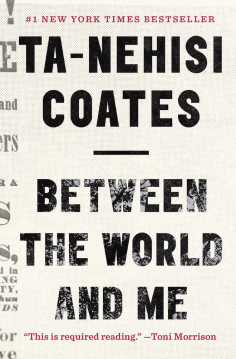 Publication of “Between the World and Me” is timely in view of the recent killings of unarmed black men by white policemen.

The author, Ta-Nehisi Coates, is a 39-year old black man who aspired from his early years to be a writer, driven by anger and a consuming need to understand the gulf between white and black America.

“White America,” he says, “is a syndicate arrayed to protect its exclusive power to dominate and control our bodies. Sometimes this power is direct (lynching), and sometimes it is insidious (redlining).”

The book is written in the form of a long letter from Coates to his teenage son, Samori. “Never forget,” he tells Samori, “that we were enslaved in this country longer than we have been free. Never forget that for 250 years black people were born into chains — whole generations followed by more generations who knew nothing but chains.”

Coates treads a line between outrage and violent response to injustice. He relates an incident when his son was almost 5 years old. They were leaving a theater when a white woman pushed Samori because he was moving slowly. Coates angrily confronted the woman. When a white man protested, Coates shoved him, prompting the man to respond, “I could have you arrested.” Coates was ashamed of his actions that could have ended with his arrest or worse. “My greatest regret,” he tells Samori, “was that in seeking to defend you, I was, in fact, endangering you.”

The book’s title comes from the author’s lifelong attempt to understand the breach between the world and him.

Coates is a passionate writer, but occasionally his rhetoric might alienate readers. Regarding police killings, he says, “The problem with the police is not that they are fascist pigs, but that our country is ruled by majoritarian pigs.”

An atheist, Coates refers several times to his lack of faith. One has the impression that he regrets not having a spiritual connection. He refers to “a god I cannot know and in whom I do not believe.”

Coates is a national correspondent for The Atlantic magazine, where he wrote a well-received cover story, “The Case for Reparations,” last year. Publication of “Between the World and Me” was moved up a few months after a white racist shot and killed nine black worshippers, including a pastor, in a South Carolina church. The book quickly jumped to No. 1 on The New York Times non-fiction bestseller list.

Some have criticized Coates for not giving enough credit to the progress that has been made in recent decades. After all, a black man has twice been elected president. Still, it is worth being reminded of the gruesome history of slavery and black oppression. Perhaps Coates’ book will contribute to a much-needed national conversation about race and racism.

Tags between the world and me coates race racism 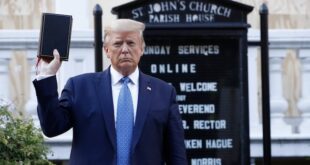 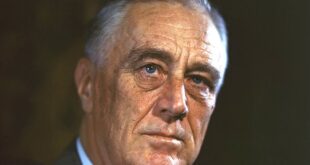 Is there a genetics to politics?