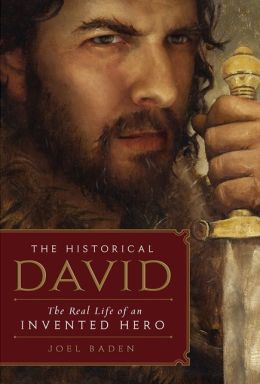 Why who David really was doesn’t matter: A review of Baden’s new book about the historical David 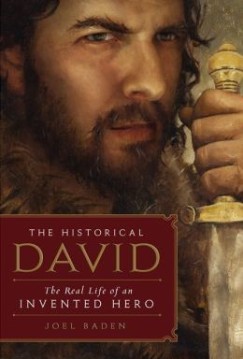 One of the things about having an academic biblical studies background is that you can easily forget that not everyone else has gone through the JEPD/Wellhausen debrief and that the idea of historical critical interpretation can be shocking at first. I was reminded of this as I read through Joel Baden’s new book on the person of David in Hebrew and Christian Scripture, “The Historical David: The Real Life of an Invented Hero.” Baden is a professor of Old Testament studies at Yale University, and for those readers who share his scholarship, Baden’s interpretive methods blending history and literature are easy to follow and to digest. However, for a reader whose faith prefers fundamentalism or who is unfamiliar with the current collegiate hermeneutics, this book would be almost traumatic. I found myself unbalanced as a reader since my intellectual brain appreciated his arguments and evidence, but my heart broke for the person first beginning to realize that maybe the Bible is less historically accurate than previously thought.
Baden basically argues that the David portrayed in Scripture is an apologetic figure necessary for a sixth century BCE, post-exilic, Israelite community looking for identity and purpose. The author does not deny the historical reality of David, but completely denies any sense of divine election as well as questions the genealogy of the Davidic dynasty. Throwing election and dynasty out of the window will surely enrage Jews and Christians alike who both look to David as a foundation stone. Again, Baden’s argument is persuasive, but I was left with the question of “so what?”
So what if David was not really the loving redeemed man of Scripture he has been made out to be? What if his conquests were driven more by personal ambition than spiritual mission? What matters to me is that the sixth century BCE Israelites were able to take his weaknesses and make them symbolic of the human person’s journey to God. Did David really kill Goliath? I don’t care. The story of faith overcoming what looks to be odds against you is the truth that we see throughout history. I don’t care if Solomon is the son of David or Uriah, because the message in his story is that the building of prosperity through the unpaid labor and objectification of others is sinful. His downfall is related to materialism and envy with nothing to do with his father.
Fortunately, my Catholic faith tradition does not preclude historical-critical interpretation methods; however, another faith might find this book’s viewpoint intolerable and worthy of condemnation. In my opinion, Baden has made an important contribution to Old Testament scholarship, but faith is in the heart and gut, so David may have been a real jerk, but he stands for something much more than himself. We tell the David stories because they are true about us, not necessarily accurate about him.

Previous BRIEF: Gonzaga professor receives grant from the National Endowment for the Humanities
Next 102413 quote