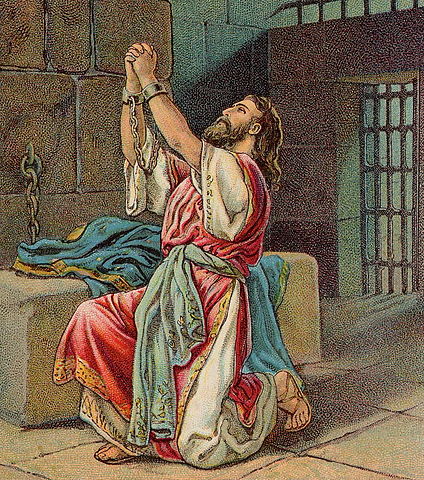 In Luke 13:1-9 we encounter Jesus interacting with a group of people. They had come to tell him about Galileans who were slaughtered at the temple by Pilate. Regrettably, we do not have more details. Were they killed because they were insurrectionists planning a revolt? Were they killed to induce fear in others? We just don’t know. We do observe, however, that Jesus gives an unexpected response. Rather than express outrage toward Pilate for such an act, or express sympathy for those who were killed, he challenged the crowd.

Jesus questioned whether the crowd was suggesting these people were more guilty than others because they had been slaughtered by Pilate. He revealed their thoughts — of comparing and contrasting themselves with others; of assessing and weighing moral guilt vs. moral virtue. He exposed their tendencies toward judging others, and their self righteous arrogance about presuming their moral superiority as compared to those who were killed. And, somewhat surprisingly, Jesus strongly asserted, “If you do not repent, you will all perish as they did!”

A primary theme of our current liturgical season, Lent, is repentance. Unfortunately, we have come to think of repentance in a narrow way — as experiencing guilt and remorse for our mistakes. This is not what the word meant in the original Greek, and probably not what Jesus meant when he used it in this context. Rather, in the original Greek, the word “repent” meant to go beyond the mind that you have.

I am reminded of a statement made by Martin Luther King, Jr, in a speech that he gave the night before he was assassinated in 1963. He observed that we had reached a point in human history where it is no longer a choice between violence and non violence. Rather, it is now a choice between non violence and non existence. King was noting that our human way of perceiving, thinking and reacting was centered in violence. An aggressive act is met with a more aggressive response; which is met with a more aggressive response; etc. Parties in conflict often escalate each other, to the point of extreme violence. This has long been the case. But, what was different was the availability of efficient, effective weaponry. In his day, the preoccupation was with the Vietnam War, massive bombings, Agent Orange and nuclear weapons. In our day, 60 years later, the situation has not changed. We continue to respond to violence with violence — often as individuals, and certainly as countries. And, our weaponry has become ever more efficient, effective and ever more available. Now, the preoccupations are with nuclear weapons, precision missiles, unmanned drones, rapid fire military style assault rifles, an easy availability of hand guns, etc.

As one reflects on these situations, one gets the clear impression that these tragedies are the result of human actions, human violence that we inflict upon one another. These are not divine actions; they are not divine punishments for sin. While you or I may not be personally responsible for these violent acts, we are part of a species which has engaged in these violent atrocities with each other. We share the same basic human potential for anger and violence. We, as a human race, must move beyond the mind that we have about violence. The only other choice, as Martin Luther King says, is our own non existence. Or, as Gandhi once said, “An eye for an eye just leaves the whole world blind.”

May we repent — move beyond the mind that we have — of our own potentials for violence; and support others in doing the same.