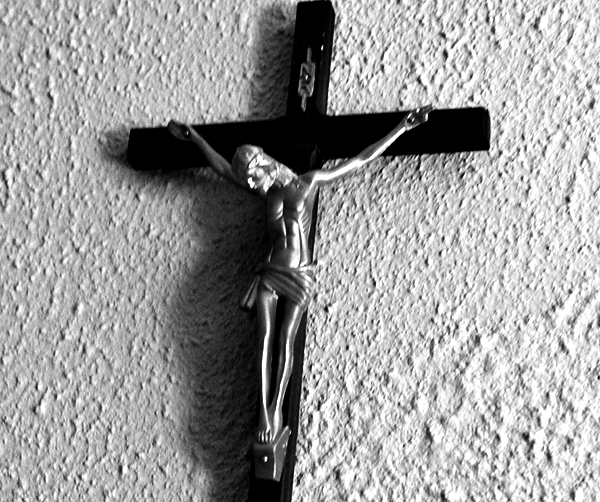 Rethinking what the death of Jesus means to us today

The first thing that tiny group of observant Jews who came in faith to believe Jesus was the Messiah did in the wake of the death of Jesus was to begin to understand how the crucifixion fit into the redemptive plan of God. Contrary to the views of some folks, the catholic tradition has never had an official teaching on Jesus’ death; instead each succeeding era of Christians have come to their own beliefs in a manner consonant with the culture of the time.

As long as Christianity was a sect of Judaism the death of Jesus was interpreted in the context of the Jewish sacrificial system. His death was an offering to God he gave of himself in complete and utter obedience to God. It was not that God commanded Jesus to die as a substitute for sinful people, it was that Jesus was obedient to God and took the consequences of that obedience, which meant death at the hands of sinful people. This made perfect sense because the Jewish sacrificial system was about offerings, not substitutes. No Jew ever thought that the calf being offered in the temple was a substitute for a human being, as if God had said, “either the cow gets it or you do.” That calf was an offering to God, which, when God accepted it, meant that reconciliation was complete.

Only when Christianity separated from Judaism did Jesus come to be seen as a substitute for sinful humanity. That interpretation was perfected in Medieval Europe, a society that understood justice in terms of the maintenance of honor. St. Anselm captured the spirit of this age beautifully in his magnificent treatise entitled “Why God Became Man.” Because man had sinned against God’s honor, God’s justice demanded that man repay the debt. God could not forgive without punishment because that would violate God’s justice, and God simply cannot do that, so Jesus is the substitute for humanity. The substitutionary view of the death of Jesus swept the High Medieval era, and continues to be an important way of interpreting the death of Jesus.

In spite of its continued popularity among many Christians, substitutionary theories about the death of Jesus have become deeply problematic for many others. Today most of us don’t tie justice to honor in the way Europeans did 1,000 years ago, and therefore it makes no sense to suggest that God can’t just forgive. Beyond that, we have seen in South Africa and other places that sometimes for the sake of peace and reconciliation it is vital to abandon the notion of an eye for eye and to accept instead offerings in the form of apologies and open confessions. Tutu and Mandela realized that if South Africa was going to get beyond revenge for the crimes of Apartheid and into genuine reconciliation the strict demands of justice were going to have to be abandoned, and that is what they did. The Peace and Reconciliation Commission broke the spiral of violence not by executing people, or throwing them into prison for decades, but by doing exactly what the Medieval world would never have done; they forgave when genuine repentance was shown. If Christianity is to remain relevant today it is high time to take seriously the culture and experiences of the modern world, and to rethink what the death of Jesus means to us now.  This will not result in a watering down of the faith, nor in some sort of capitulation to the Spirit of the Age. On the contrary, it will be the faithful continuation of a process started immediately after the crucifixion, and carried on by each succeeding generation of Christians from that moment to this.