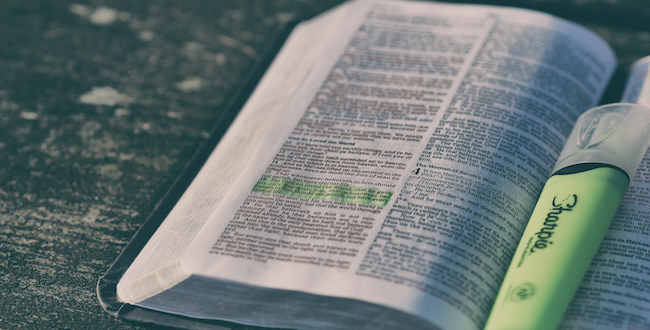 Response to Ask An Atheist: A Loving God?

When I read Wayne’s question and Jim Downard‘s reply in ‘Ask an Atheist: A Loving God?’, one of my thoughts was, I wish Wayne had sent his question to our ‘Ask an Evangelical’ feature, because then I might have been chosen to write the response.  Since that didn’t happen, I just decided to answer it anyway, clearing it first with our executive director.  If you haven’t read Wayne’s questions, here’s what he wrote:

“Many people believe that an omnipotent God “designed” and created the earth. How can this God be considered a loving God when the “design” included random indiscriminate landmines like earthquakes, tsunamis, volcanoes, and diseases? An omnipotent God could have just as easily created a functioning planet void of landmines.”

The question gives me an opportunity to introduce my B.l.T. on life…the Big If Theory. We probably can’t know everything about anything, especially God, but we can look at some of the information we have, apply the B.I.T. to what is presented, and draw some accurate conclusions.

So, IF the Bible is accurate and truthful about God existing and how He created the world, and IF He is perfect in all things, we can conclude that there wasn’t anything wrong with how or what he created. But there are huge problems in our world so how do we explain them? I’m going to focus on diseases, primarily because there’s a cause mentioned in the Bible, which might also pertain to earthquakes, tsunamis, and volcanoes.

After God created Adam, and before woman had been made, God warns him of a behavior that would be deadly; eating from the tree of the knowledge of good and evil. Adam isn’t told how quickly death would occur after taking a bite from this tree, just that it would certainly happen.

Continuing to read in Genesis, Chapter 3, we find Adam, now entrusted with a wife, but apparently before she had conceived their first son, as that happened in Chapter 4, eating from the tree he was prohibited from including as any part of a meal.

If the ‘BIT’ theory dealing with His perfection is true, God would have been just to bring about an end to Adam’s life at that moment. If that had occurred, and God had not restocked civilization with a new creation, incalculable moments of joy would never have been experienced by humanity.

Are there still landmines plaguing us? Without question, but we could also conclude that the pieces of delight experienced by humanity over the years, have been God’s way of offering us some respite from the tragic aftereffects of Adam’s behavior. And that brings me to Wayne’s concerns over the disasters caused by a broken earth.

When God confronted Adam with his sin, he heard that, because of his actions, the ground (earth?) would be cursed. God doesn’t explain the curse in terms of future destructive events, like earthquakes and tsunamis, but perhaps that’s what was implied. I tend to think this is the correct answer to the question and that without sin, mankind and the world we live in would have been idyllic beyond belief. But there’s another possibility.

Perhaps the Creator made the earth exactly as it is today knowing that his creation of mankind, acting without sin, would be more than a match for any planet ‘problems’ in the future.

I’m no ‘science fiction’ specialist but maybe mankind could have turned the power of a shifting teutonic plate or a storm surge along the coastline into something that promoted life instead of harming it.

However it would have looked, of the two models presented explaining earth’s “random indiscriminate landmines”, and using my B.I.T., it seems to me that the blame for life’s struggles belongs to man and not God.

Previous Ask A Hindu: Temple Decorations
Next Letter To The Editor: A Disappointing Shift in Diversity at EWU